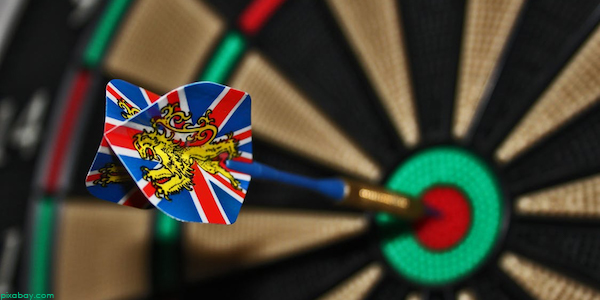 Despite the fact that the vote to leave Europe occurred over a year ago, the UK is still reeling from the impact of Brexit. It is theorised that the effect is not due to the break itself but rather the level of uncertainty that still surrounds the type of deal Britain could receive from Europe and where it would leave the UK as a global power. We have seen Brexit have devastating consequences for the value of the pound, but more recently analysts are starting to show evidence that Brexit is affecting the property market.

Many experts say that UK growth has reached a standstill and this has had varied effects on London and the rest of the UK. In the capital city, the first signs of Brexit are starting to be seen as investors pull out of the city. When this happens, there are fewer jobs, less opportunity for growth and a massive drop in interest, leading home prices to drop. Experts have suggested that London home prices will suffer a drop below an increase of just 7.1 percent per year. On the surface, this may look promising, however, this is less than half of the expected increase for homes in the rest of the UK.

This certainly seems to be the case for over the last 3 months, homes have risen 2.3pc high compared to the previous 3 months. This is a great gain, pushing the average home value in the UK to £225,856.

So, who will win in this type of scenario? Well, one real estate agency has received glowering looks by suggesting that millennials could afford to buy their first home if they just cut out a few of their favoured luxuries such as takeaway meals.

Of course, that’s not to say that the entire hypothesis behind the report is incorrect. Young home buyers could certainly be doing more to afford their deposit. It’s just probably not as simple as avoiding takeaways. Instead, they need to budget more effectively and need to take advantages of investment options to gain money for that deposit. However, there’s no denying that it’s difficult to save for a home. With the average wage being just twenty-seven thousand and the average price of a house is over two-hundred, buying just is not a realistic possibility for most younger buyers right now.

While the maths behind this logic has proved false, if home prices continue to drop in London and southern England, it could still be great news for the younger generation.

With home increases expected to drop below the UK average in London, it might mean that this will quickly become the best place for first home buyers to locate. Since the change is expected within the new couple of years, first time home buyers could start exploring the London property market in the next few years.

Who Will Really Benefit?

Meanwhile, cash buyers could certainly benefit from this situation, getting a property in London or even multiple properties and then letting them out as a potential investment possibility.

This is potentially who is going to fill the gap in the property market if home prices continue to fall in London. While some have suggested that local residents may move in, many people have suggested that London will become a city populated by tenants. This is due to the fact that rent prices have actually been decreasing substantially over the years since 2012, even as property prices continued to rise. As such, even before Brexit, it was easier to rent a place there then to buy a home.

Of course, now that property prices are continuing to fall, that demand for rented accommodation is going to attract potential investors who are eager to buy up property on the cheap and make a profit letting it out.

It is equally possible that home prices falling in London could lead to more young local residents buying. When younger residents around London reach the age where they start to consider buying property they tend to move away to the East or North. However, if property prices continue to drop, this could allow them to stay in the area and buy up properties there instead.

The Worst Could Be Yet To Come

Although a reduction in home prices should signal good news for first time home buyers, the situation is not that simple. Interest rates are steadily rising, and banks are already putting up their rates on home loan products. This will make things far more difficult for the property buyers in general and even homeowners. Many people have suggested homeowners will have trouble selling their property because the cost of bills and rates will deter new buyers. This could have a devastating impact on the economy with homeowners unable to sell and buyers unable to afford the investment.

The good news is that as of right now, according to rating agency Moody’s the rise in interest rates will not hit the property market. Currently, the situation is stable. However, if the uncertainty around Brexit continues that could easily change.

This month the Bank of England raised interest rates to 0.5 percent for the first time in a decade. Although this is not expected to impact typical homeowners and their mortgages, buy to let owners could be in trouble with rising arrears and increased taxes. Perceived as the weak link in the property market right now, if the property market does get worse leading to a financial breakdown, buy to let owners and their inability to pay their mortgages could ultimately be the reason.

As we wait for a deal to be made on Brexit, time will only tell as to whether it could have a further ripple effect on the UK property market. Right now, there are certainly more negatives outweighing any potential positives that could be experienced by certain investors.