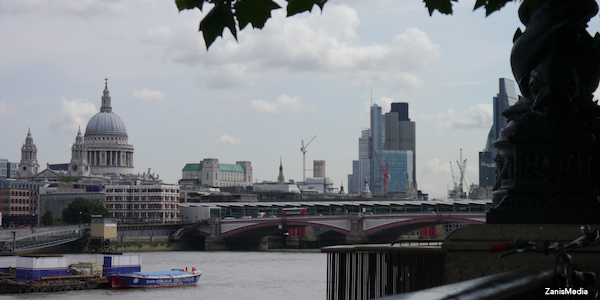 The triggering of Article 50 officially put the wheels in motion for the UK’s departure from the European Union by April 2019. It ushers in a spell of excitement and uncertainty for the entire economy, not least when it comes to the housing market.

A lot was said about the potential fallout (both good and bad) during the build-up to the 2016 referendum. Most of those forecasts were wildly inaccurate. This is because there was very little indication regarding the direction that the Brexit process would follow. Now that the procedure is actively happening, the predictions become far clearer.

So what do UK citizens need to know about the immediate and medium-term future of the housing market? Let’s take a closer look.

London Will Be Affected Most

A cloud of uncertainty will follow the UK’s economic situation until 2019 and beyond. As with many other markets, property prices will inevitably be influenced by the country’s overall performance. This will include the strength of the pound.

Those impacts are likely to be most noticeable in the capital, not least with regards to London property prices and demand. Prime central property may not be influenced quite as badly. But the average London homeowner will probably see more of a shift than people living elsewhere.

Fluctuations could be positive or negative for both the short and medium-term market. Either way, the potentially vulnerable position could lead to greater caution being taken.

With many homeowners likely to act in a cautious manner, it could leave the door open for foreign investors to gain even greater rewards. The exit from Europe means that legislations will likely favour non-European investors too.

Those opportunities will be there for UK-based real estate investors too. But with the pound expected to perform poorly, foreign investors will be among the main beneficiaries.

Now that the UK knows where it stands with regards to Brexit, the housing situation should become far more stable. Price inflations are likely to be quite slow in the years following the departure. Therefore, immediate sellers could be set for a very pleasant spell.

Buyers have been reluctant to act during the last few years. While uncertainty remains, the extra clarity should lead to more purchases. Subsequently, a greater return will allow sellers to bump up their sale prices accordingly.

First-Time Buyers Potentially In The Cold

Research has shown that a growing number of potential first-time buyers are worried. Quite frankly, stepping onto the ladder in this current climate could be risky. With mid-term inflations expected to remain low, the chances of gaining any serious return on new investments look slim. At least for the coming years.

The current boost in sale prices due to growing demands for other homebuyers will arguably make it even tougher for new buyers. Brexit could turn out to be the best time for new buyers to act, particularly if the economy performs well over the coming years. But the risks are too big to ignore. For many, another few years of renting will be on the cards.

Having said that, interest rates look likely to remain low. For some, this will make mortgages more appealing than ever.

At the top end of the market, sales are likely to perform worse than in more affordable properties. In truth, though, that’s more to do with stamp duty prices rather than Brexit itself.

Homes worth in excess of £925k have faced huge stamp duties since December 2014. For many homeowners in this demographic, the prospect of expanding their current homes is far more appealing. Brexit isn’t the cause of this outcome, but it is likely to contribute to the trend.

Brexit is likely to result in a stable market. This could make it a great time for existing homeowners to move home. That is, as long as it doesn’t involve entering the top bracket where excessive fees play a key role.

However, low-interest rates could make re-mortgaging an attractive idea for those wanting to upgrade. Meanwhile, landlords are likely to thrive as new buyers hold back from stepping onto the ladder too.

First-time buyers may face a few difficult moments in the immediate future. In the mid-term, though, the added stability should have a positive influence. This will be especially true if the UK’s general economy performs well. Even if there will be sense of uncertainty between now and April 2019.

Impact of Brexit on Property Legislation