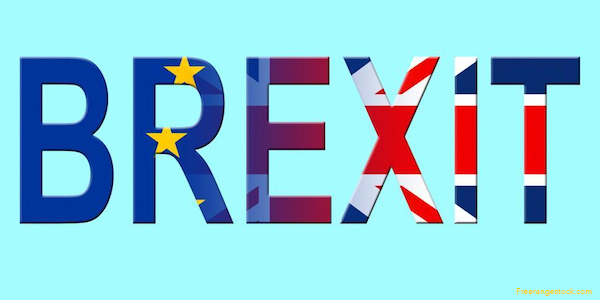 On March 29th, 2017, Britain finally triggered Article 50. In doing so, it officially started the process of leaving the European Union within two years. The Brexit decision, which follows the 2016 referendum vote, will inevitably impact various aspects of the UK’s economy. Perhaps the most significant element, however, revolves around the property market.

Any impact on the housing market will ultimately affect everyone from homeowners to tenants and landlords. In truth, it’s hard to predict how short-term volatility will alter prices. For all of those uncertainties, though, the state of property legislation can now be analysed.

Here’s what you need to know about Brexit’s impact on the property legislation statute.

How Influential Was/Is The EU On UK Property Legislation?

The EU membership naturally carried some influence on the UK property legislation statute. In truth, though, those governing features were/are far less than most citizens would assume.

While adhering to a number of important elements, the UK laws remained national throughout its EU membership. As such, the transition in this aspect of Brexit should be quite smooth. This is especially true for citizens, regardless of whether they are a tenant, homeowner, or landlord.

So What Won’t Be Changed?

As the EU’s minimal influence on UK circumstances suggests, many areas will remain untouched. The legal formalities of land registration and property ownership will remain as they are. Similarly, the laws regarding leasing will almost certainly stay in their current form. This in itself should go a long way to providing greater stability on this front, even if it may be lacking in other areas.

The source of legal Acts surrounding contracts highlights this perfectly. The Misrepresentation Act 1967 and Unfair Contract Terms Act 1977 are both UK rooted. Essentially, the elements of transparency and honesty should stay the same.

Meanwhile, the laws regarding land and planning are free from EU influence. Landlord and Tenancy agreements should also encounter virtually no impact from Brexit. Tax situations are also UK led, although EU law does underpin VAT laws.

A number of other legislations are UK Acts, underlining the fact that the EU’s influence on property legislation was already quite slim. That’s not to suggest that alterations and new regulations won’t be required in various elements. After all, some aspects like the PCC Regulations currently work under the EU’s OJEU notice. Still, the fundamentals of the property ownership process should look the identical post-Brexit.

At least from a citizen’s perspective.

And What Will Change?

While a lot of the regulations and laws were already handled by UK governance, Brexit will bring some change. The most significant alterations are likely to hit the financial services. This is because most of those legislations are currently handled by EU framework.

This will probably impact commercial real estate owners the most. EMIR and MiFID regulations are likely to undergo serious change. The rulings will no longer be used, meaning that the UK will need to set its own. The independence will probably lead to a better relationship with US investors. In truth, though, individual homeowners are unlikely to see much of a difference.

Environmental regulations will also need to be adapted post-Brexit. In reality, the UK reforms will probably stick to similar ideas as is currently seen throughout the current legislations. Some of them, like the EPA 1990 will not need review anyway.

In addition to the elements that will need changing, Brexit offers a chance for internal evolution. This may result in minor reforms in various areas across the board. In truth, though, the laws surrounding property ownership will only see upgrades rather than overhauls.

Most of those will probably go unnoticed by the average citizen too.

Ultimately, leaving the EU is likely to impact a number of markets. However, the realm of property legislation is one that will require minimal evolution. Even if it is an item that will sit near the top of the UK’s economic agenda throughout the Brexit process.

The majority of activity in this aspect of real estate law will be fine-tuning legislations using the frameworks already in use. Most elements will remain as they were already handled by internal rules and regulations. For those that need to be adapted following the move away from EU governance, the change is likely to be minimal.

Essentially, work will be required, but it is unlikely to affect UK citizens too much. The laws and processes are integral, yet the change will probably be minimal. For homeowners, landlords, and tenants, the more noticeable impacts will occur in other areas.

Will Brexit Be Good For Homebuyers?