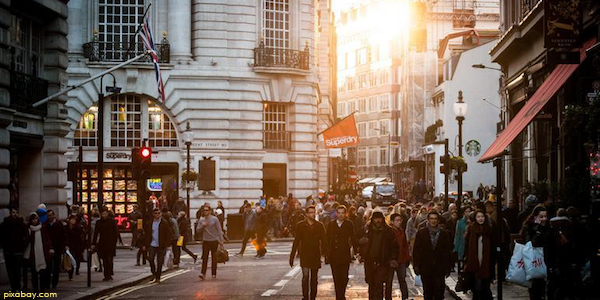 The UK property market is constantly in the news, whether the rising prices in London, the need for more homes to be built or any other issue is being discussed. Recent reports have found that there was a significant dip in home sales from 2015 to 2016, suggesting that the UK property market could be set for a crash. However, one glimmer of hope to avoid this exists thanks to first-time buyers.

Housing market analysis has recently revealed that home sales fell by 7% from 2015 to 2016 in England and Wales, from 915,096 to 848,857 properties. The data showed that around 80% of areas of England and Wales experienced a fall in sales over the past year, with certain regions hit harder than others. Greater London and the South East were the worst hit, with an 18% and 10% decline respectively. While the Midlands and North West fared best with just a 1% and 2% decline respectively.

Across the last five years however, the same data shows that the number of home sales has increased in England and Wales by 29%. Therefore, the last 12 months or so could just have been an anomaly or it could be a sign of things to come.

One type of property purchase that has affected sales is landlords in the buy-to-let market. The number of properties bought by landlords fell by nearly 50% over the last year, with the number of landlord purchases involving a mortgage just 5,300 compared to 10,300 in February 2016.

This is mainly in reaction to a tax and regulatory clampdown. Many landlords have claimed that the tax changes being brought in from April 2017, mean that letting will not make financial sense. Interest relief meaning mortgage interest and other finance costs can be taken off rental income before working out tax liability is being cut, for example.

The first time buyer market bucked the trend for falling sales, as it continued to grow. In 2006, 36% of house purchases were made by first time buyers, whereas in 2016 it was around 49%, the highest level since 1996.

Such growth in purchases may be in reaction to the increasing opportunities, as landlords and existing homeowners slow down their purchasing. In this way, it could be first time buyers that prevent the UK property market from spiralling down into a crash, especially if government help to buy and other financial schemes remain in place.

If property sales continue to fall then average prices are likely to follow suit, meaning it may be worth valuing and selling your house fast with The Property Buying Company if that is to happen. On the other hand, if the number of first time buyers continues to increase, then this could keep the market in a healthier position, for the foreseeable future at least. Changes to tax and landlord regulation could also have an impact.

The UK property market is always an area of fascination and any first home buyers should keep a keen eye on its future developments.

Why Buy A Home Now?