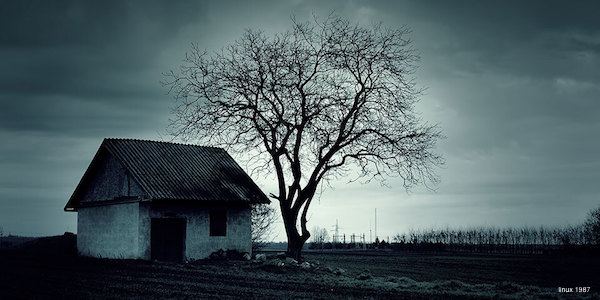 Europe has many secrets and amazing buildings and places that are surprising. Although we do not have buildings like pyramids (some mention the mysterious pyramid in Bosnia), there are still many places whose history evokes a thrill. Crimes, murders, love and sometimes a desire for revenge – such stories hide behind the walls of most haunted places in Europe! And some of these places look so charming and inconspicuous! Check for yourself if there is anything to be afraid of and go with us on an unforgettable trip for the most haunted places in Europe!

We have chosen one most haunted and mysterious buildings or places from several European countries, to present this place in our article, but there are for sure more places like that in all Europe. We often talk about buildings where paranormal activity is enhanced, many strange things are happened. Old castles, abandoned buildings – they usually have a frightening stories.

Read about the most haunted places that were once vibrant with life and now they are only visited by the bravest!

The name of this place comes from Greek and means kata – under and tymbos – grave. It is a system of underground, extensive … cemeteries. Inside there are skeletons of about 6 million people, who lived in Paris in XVIII and XIX century. Underground corridors are amazing because their walls are lined with skulls and bones of the dead. Although the Paris catacombs are around 50 kilometers, the route available to tourists is only two kilometers. Believe that in such a place it is better not to move away from the guide!

They deserve the name of the most haunted place not only because of their dark character and the number of people buried in them en masse. Although the walk in this place is really weird, there are also many dark stories about people who have been in the corridors. Walking and sightseeing, they suddenly lost their way. Some of them found. We will never find out how many people went missing in unexplained circumstances…

2. The Tower of London, England

For sure is one of the most popular and most haunted places in Europe, which everyones knows. The Tower of London was a prison for high-born residents of England, from which there was no escape. The insane king Henry IV was closed and probably murdered there.

But it is not because of him that this place is called one of the most haunted places in Europe. There is a story that the Tower of London is haunted by the ghost of Anna Boleyn – the second wife of King Henry VIII. A king who had no son decided to deprive his wife of life and thus end the marriage. Officially, Anna Boleyn was accused of betrayal and sentenced to beheaded.

Since then, many people have claimed that they saw the spirit of the queen who had been killed. And many think that The Tower of London is not only one from most haunted places in Europe, but even in the whole world. And the spirit of the beautiful queen seeks there vengeance and consolation.

This place was to function as a normal, typical hospital for people with disorders. However, it happened differently. The hospital was the place where the most difficult patients stayed.

Instead of recovering health, however, they were subjected to strange and macabre experiments. Many people lost their lives there as a result of improper treatment, unethical experiments and tortures.

The hospital was closed in the 1980s. Today, the building remains an abandoned ruin. Nobody wants to redeem or renovate the infamous place. But Psychiatric Hospital in Lier is a place of frequent meetings and trips for seekers of strong impressions and ghosts. They claim that the place is haunted by tortured former hospital patients.

Another from top 10 most haunted places in Europe is located in Sweden and it’s quite unexpected. This is because it is a Vicarage!

The building was built at the end of the 19th century. And at the beginning of the 20th century, it became famous from a series of unexplained events. The clergy talked about the bad energy in the building, moving objects and the ghosts of three women.

Today, one of the most haunted places in Europe has been changed into a hotel! Everyone, who decides to spend the night there, in the morning gets a diploma for courage. It is not known if the hotel is still haunting, but the potential of the old building has certainly been greatly used.

The castle was the birthplace of the German alchemist Johann Conrad Dippel. Legend says that he carried out experiments on the corpses of humans and animals, trying to invent a way of bringing them back to life. When local people get known about strange experiments of Dippel, they banished him from the castle. And even though he left it, allegedly the souls of the people on whom he carried out the experiments are still there.

Johann Conrad Dippel was the prototype of the character of Dr. Frankenstein from the novel by Marry Shelley.

Frankenstein Castle is place of trips and journeys many peoples, which are looking for most haunted places in Europe.

In this case, not the single building is known. The most haunted places in Europe is whole island! How did it happen?

Povelgia is an Italian island near Venice. But the history of this island is nothing like the story of her neighbor. In the fourteenth century, when the plague epidemic broke out in Italy, many people died. The authorities did not manage to bury all the bodies. There were too many of them! It was decided that the bodies of the dead could be taken to a nearby small island… Povelgia. But it was not the worst! Along with the bodies of the deceased, people infected with Juma were also taken to the island. There awaited for them only a terrible death in torment and without any help.

For many years, it was claimed that the island is haunted. But at the beginning of the 20th century, the Venetian authorities decided to rebuild this place again. They decided to situated psychiatric hospital on Povelgia. It was not good idea. Huge and terrifying experiments on people were carried out in the hospital in secret. Part of the medical crew have lost its minds as a result of remorse and (as they say) paranormal activity.

Nowadays, one of the most haunted places in Europe is uninhabited. The whole island with destroyed, old buildings stands lonely. Do you have any doubts: why? 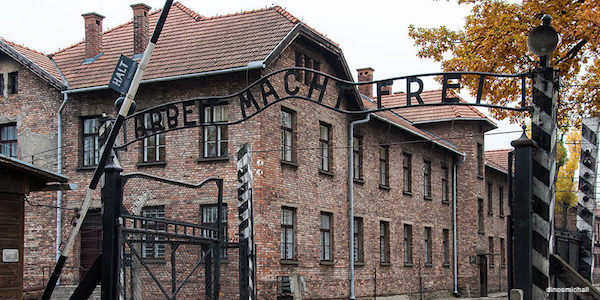 Some of most haunted places in Europe are abandoned, some buildings became popular and expensive hotels or restaurants, and some of them became museums. Just like building of the Auschwitz camp.

Why is this one of the most terrifying places in Europe? The Auschwitz-Birkenau was a Nazi death camp, where over 1 million of people lost their life. Among the dead were people of different nationalities, men, women and children. Prisoners in the camp were tortured, starved and finally killed in gas chambers. Those who did not go into the gas chambers did not have more luck. On these people were carried experiments. The experiments carried out mainly on women and children, for example in sterilization, were very drastic.

Currently, the entire area of ​​the former Nazi camp is a museum that is supposed to spread and popularize macabre history and to commemorate the dead people there. Museum of Auschwitz-Birkenau is place of many visits people from around the world. Surroundings, buildings and terrifying history have for years created a sense of dread in Auschwitz tours participants.

The legend says that the castle stands on a rock in which the entrance to hell is located.

Perhaps because of this, the accounts of the people, which seen the ghosts in the castle, say that you can meet there: hooded monk with an ax, a horse without a head, young women, a dog as big as a cow, a man without a face and many other wraiths and phantoms.

Currently, the castle building is used in many ways. Its part is open to visitors interested in historic buildings. In addition, the building hosts numerous fairs, tournaments, balls and even … weddings! Ghost stories have become an additional attraction for couples who dream of an original wedding.

That most haunted place in Europe was known as the largest prison on the British Isles. They were founded at the end of the 18th century. But it functioned until the beginning of the 20th century. Very difficult conditions prevailed there. The cells were not heated, there were no windows. Perhaps it would not be so terrible if it were not for the fact that the part of prisoners were there because of minor offenses like stealing food. The remaining prisoners were political prisoners, who fought for Ireland’s freedom.

The walls of this prison were witnesses of a heroic fight. The history of great love is also associated with this place. Joseph Plunkett and Grace Clifford they got married there for 10 minutes before before executing the death sentence.

Many people say that this place is haunted. But not everyone is afraid. Now the Arrest Kilmainham Gaol serves as a frequently visited museum. It also served as a scenery for several popular films. 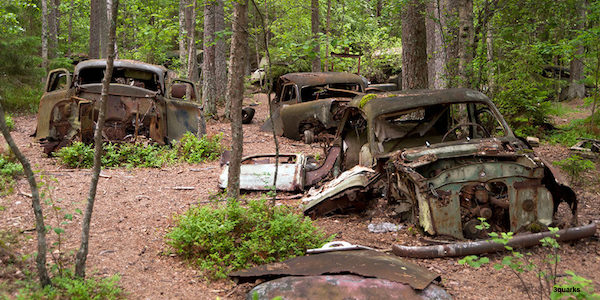 People argued over whether this place could be called a one of the most haunted places in Europe, but certainly many felt uncomfortable in it. But unfortunately for all seekers of unusual places – today it is just a memory. In 2010, for the sake of the natural environment, it was decided to remove Graveyard of Cars.

It gave the impression of a really haunted place. More than 500 cars lay abandoned there, covered with moss and overgrown with grass. Supposedly, American soldiers will abandoned them during World War II. However,this fact has never been officially confirmed. And maybe it never will be.

Are ghosts and paranormal phenomena exist? We can not be sure. There is often talk of bad or good energy that occurs in buildings. There are even people who seem to see ghosts or shifting objects. This is definitely an interesting puzzle.

We have presented you top 10 most haunted places in Europe, but for sure there are more places like that – with their own history, climate and specificity. It’s only up to you how you treat them – like scary, haunted places or like buildings with potential that can become an original attraction, a museum or even a place to organize weddings. The choice belongs to you.

How Will Trump’s Climate Change Policy Effect The Environment?