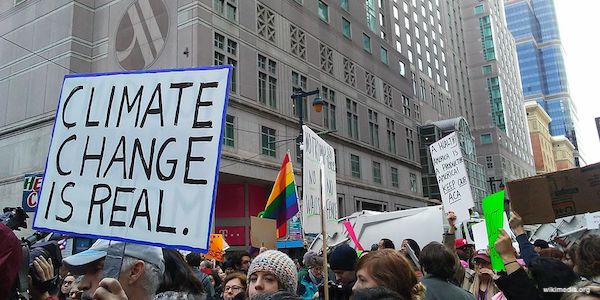 Since he took office a year ago, there hasn’t been a single one of Trump’s policies that haven’t caused controversy. One of the more recent ones that have people worried is his decision to take the US out of the Paris climate accord. This was particularly concerning because the majority of scientific bodies around the globe agree that the only way to effectively combat climate change is through cooperation worldwide, especially between the largest powers.

It’s already common knowledge that Donald Trump doesn’t believe in climate change but now his denial is being transferred to policy and it could have a big impact on the world as a whole. Before his administration, the amount of carbon emissions that the US was putting out has been in steady decline but that’s all about to change. By removing the US from the Paris accord and rolling back other regulations on emissions, Trump will inspire an increase in carbon emissions from the US.

He’s also decided to scrap the Climate Action Plan that was started by the Obama administration but only half implemented. It won’t be in place enough for the positive effects to be seen and unfortunately, it won’t offset the damage that Trump is doing.

Researchers estimate that by 2030, the US will be producing an extra 0.4 gigatonnes of carbon dioxide into the atmosphere every single year. That’s a huge increase, especially for a country that was previously reducing its emissions by quite a significant amount.

Not only is Trump creating policy that will increase the amount of carbon emissions that the US releases, he is also actively slowing down the development of clean energy alternatives. While the global oil consumption per day is going down because we’re finding other energy sources, Trump’s policies risk reversing that trend in America. One of the central features of the Obama administration’s climate change policy that he’s trying to reverse is the Clean Power Plan which will put restrictions on how much dirty energy can be produced, forcing companies to develop green energy technology. While this would be beneficial for both the environment and the US economy, a revised version of the policy has been announced which is significantly weaker.

He is also attempting to forge a deal between China and Alaska to build a new gas pipeline. Although there are hurdles, this is just another of the ways that he is actively fighting against progress in clean energy.

Trump’s policy is going to increase the amount of emissions from the US and slow down the development of clean energy, but that’s not its most damaging effect. The US is one of the largest powers in the world and it’s very influential. While the world has less trust in Trump than previous presidents, people pay a lot of attention to him. Whether that’s because they hate him or love him, it can’t be denied that he has an impact on the world and if he continues to spread damaging attitudes toward climate change, he risks harming the environmental efforts outside of the US as well.

Top 10 most haunted places in Europe – only for the brave!