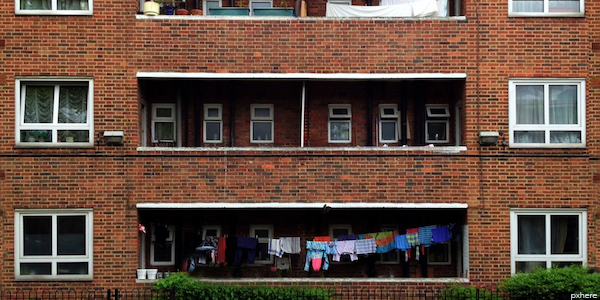 There’s no escaping the fact there is a huge housing crisis taking place across most of the civilised West right now. Homeless figures continue to rise while wannabe first-time buyers are regularly priced out of getting on the property market. Whichever way you wish to look at the situation, the current system is broken.

Major politicians, real estate experts, and the general public all agree on this fact. Yet, very little progress seems to have been made during the past five years or so. However, there is a light at the end of the tunnel. Here’s how it can finally improve the situation for the first time in a decade.

Getting onto the property market has been nothing short of a nightmare in recent times. Generally speaking, millennial have been priced out of the market with research showing that the average age of taking that first step onto the ladder is 30! When you take into account that many of those buyers are couples that still require help from their parents, it paints a pretty glum situation.

Government schemes in various countries, such as Help-To-Buy ISAs have provided minor support, but their impact has been fairly minimal. After all, getting a deposit together is immensely difficult due to extortionate rent costs. In the United Kingdom, there has been a 100% increase in the last decade alone. Given that this has been the period directly after the Global Financial Crisis, improvements are clearly still needed.

The Post Office’s proposed mortgages with zero downpayments is a major step in helping wannabe buyers make that transition from renting to homeownership. If this can be matched by lenders in other Western countries, it should provide noticeable relief. Aside from getting more people on the ladder, the reduction of private renting can stop outside investors capitalising on the situation, which could result in more reasonable rental prices for those at the lower echelons of the financial scale.

If the housing crisis is to be beaten, governments will need to take greater responsibility. A lot of politicians talk the talk, but actions speak louder than words. Affordable social housing is the key to getting people off the street or out of inadequate living conditions. Unfortunately, the supply simply hasn’t matched the growing demand.

Population growth and net migration have both contributed to the increased need for social housing and, while Brexit may slow migration in the UK, it is already beyond breaking point. Besides, the need for skilled labourers makes it somewhat of a catch 22 situation. Either way, research suggests that over 0.5% of the British population is homeless while those figures are even greater in other countries. It may be a little too simplistic to state ‘build it, and they will come’, but there is no doubt that there simply isn’t enough housing out there.

Proposals for increased lower-cost homes have included the fast-tracking of private developments where at least 35% of properties are considered affordable housing units. However, far more needs to be done to solve the bigger issues. The 1961 Land Compensation Act has kept landowners in great power for several generations. The longer they’ve held onto their land before selling, the more profit they’ve made. In turn, developers are forced to invest in more expensive properties. Land Value Taxes could be a huge first step towards fighting this problem.

On a similar note, the amount of properties that are currently unoccupied is simply frightening. Rectifying this issue must become a major priority for governments and national spending.

Vote The Right Parties Into Power

Whether it’s the UK, United States, Canada, or Australia doesn’t matter. The people in power set the tone and will ultimately make the big decisions that will affect us all. While the housing crisis is only one of several extremely important topics, understanding the policies set out in manifestos is a responsibility that everyone should embrace. Their future homeownership could depend on it.

Theresa May and Jeremy Corbyn have both had a lot to say in recent years, and continue to make promises about the future. Red or blue, there is no doubt that those elections will have a greater impact than ever before. Perhaps more importantly, the local elections will dictate how the housing developments are handled in individual parishes.

Unfortunately for you, we’re staying impartial on this one. The only thing we will say is that wasting your vote is nothing short of scandalous.

It may sound a little simplistic, but the only way to deal with the increased rate of rentals and purchase prices is for people to earn more money.

Foreign investment has swallowed up a big percentage of the profits made from real estate, but there are many other areas where people can earn more. And that goes beyond increasing the minimum wage structures, although this is clearly a step in the right direction.

It’s not simply a case of earning more. Reducing the debts incurred from loans, being a student, and other areas of modern life will aid the cause. After all, the interest rates on ridiculous payday loans, for example, restrict people’s opportunities for many years to come. Once you’re in that cycle, it’s very hard to escape. For this reason, education into financial responsibility is another important factor for improving the situation.

After all, the government and institutional improvements count for very little if individuals aren’t willing to help themselves. You can lead a horse to water, but you can’t make it drink.

After decades of poor decisions, rapid inflation, and quick population growth, there is no quick fix to the global housing crisis, especially as the world is still feeling the fallout of the GFC around a decade ago. However, those aforementioned steps can all have a positive impact and drag the economy towards the proverbial light, at least with regards to what is surely the most important sector.

Oh, and if you are on the property ladder, consider yourself very lucky indeed.

How to take care of your lawn naturally

7 Tips on How to Get Started in Real Estate