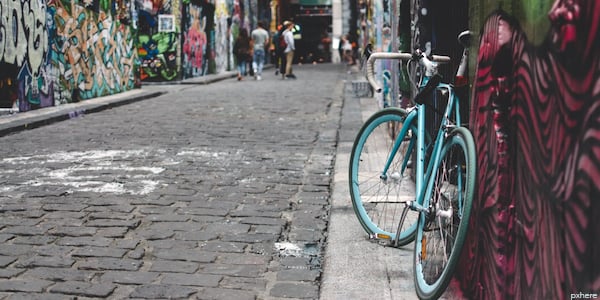 Methamphetamine aka Meth and in particular, crystal meth (same as Meth but in a different form), is not as common in the UK as it is in other areas such as the rest of Europe, the USA, Australia and New Zealand, however it’s use is on the rise and landlords need to be vigilant. New Zealand, in particular, has had a severe issue with meth use. Landlords, insurance companies, the government, residents, and homeowners have all been affected by this problem in a variety of ways. Is the UK suffering from the same issue?

The good news is that meth use and creation as an issue is nowhere near as extreme in the UK as it is in New Zealand and other countries like America. Indeed, it’s true to say that meth us makes up only a small fraction of crimes in the UK. Indeed, this is likely due to the fact that meth is comparatively quite expensive compared to some of the other drugs on the market. As well as this, the drug market in itself is relatively small in the UK. Finally, there are less open spaces in the UK to make meth.

However, it’s not all good news. In 2016, drug related crimes rose by five hundred percent in the UK. That is staggeringly high and it has largely been blamed on the glorification of drugs by TV shows like Breaking Bad. It also appears that meth is being made in the UK, with people using rented properties including AirBnB, their own homes, and industrial complexes. This could lead to a similar situation to the problem in New Zealand.

What has happened with Meth use in New Zealand is interesting to explore because it could have consequences for what could one day happen in Britain.

First, it’s important to understand the extent of the meth problem that swept across New Zealand. Both Australia and New Zealand share the number for the highest uses of meth in the world. While there is evidence that this number is decreasing, it’s doesn’t change the fact that meth has become a serious problem for the country. How did this begin to impact the property market?

With the high usage of the drug in the country, this brought a high level of drug development and creation. Ultimately, this is about meth labs that have been set up in homes, private buildings and even rented properties. Private individuals can rent out properties and start setting up a meth lab, contaminating the property. Even after the meth lab is cleaned up, residues of the drug may be left.

The high number of meth labs in the country and the usage of the drug has lead to a high number of rented properties being contaminated. This has lead to a number of issues. Meth contamination makes the property more difficult to insure and certainly more expensive. With meth insurance claims capped at thirty thousand, this simply isn’t enough money to cover the extent of the damage that a meth lab can cause on the property. But this is just the tip of the iceberg.

The issue with contamination means that property owners like landlords can be inundated with costs if their building tests positive for meth. Landlords have been charged hundreds of thousands of dollars to clean up their buildings.

Interestingly, experts believe that at least eighteen grams are needed to pose any potential harm for children, the most vulnerable individuals. On top of this, the Prime Minister’s Chief Science Advisor, Sir Peter Gluckman said:

“There’s absolutely no evidence in the medical literature anywhere in the world, of anybody being harmed by passive exposure to methamphetamine at any level.”

Despite the unfair level, landlords in New Zealand have embraced the maximum level legislation as a positive change and an important new form of protection for them against being charged massive unnecessary bills after their property was found to have substantial levels of meth by unregulated testers. This was a multimillion dollar industry which has now been stunted. However, it is certainly not the end of the issues and progress has been slow.

Methamphetamine Use In America

While New Zealand and Australia have worked hard to reduce their meth epidemic, in countries like the USA the issue has grown steadily worse. Indeed, between 2002 and 2014 118,000 meth labs were located across the USA with labs in every state.. In 2009 400,000 people were believed to be addicted to this incredibly dangerous drug. The issue with meth in the country has lead to a reduction in property values with losses on average of about 6.5 percent for effected properties. While the cleanup costs for landlords can be as much as twenty-five thousand.

On top of this only half of the states in the USA have legislation to order cleanups so there is a lot of work to be done to clean up the USA and deal with the meth problem.

Methamphetamine Contamination Legislation In The UK

Currently, there is little legislation for the cleanup of meth-contaminated rented properties in the UK. However, this may change particularly if the issue with meth use and development continues to grow and there is a correlation between economy, and drug use so with Brexit on the horizon and it’s effect on the property market may see more homelessness and drug use. It is worth wondering if, with the meth lab myth of dangerous contamination busted in the UK, legislation is even necessary.

Ultimately, it could lead to the issues that landlords in New Zealand faced with requirements that were simply too strict.

The growth of the use and development of this drug have also lead to landlords who are more careful about who they rent too. Any sign that there could be problems and landlords are now more likely to turn potential tenants away.

Landlords who are worried about meth users impacting their property should look out for clear signs such as mass orders of soil, blacked out windows through the day and large orders of paint thinners. All point to a meth lab or user on a property.

Evolution of the Rental Marketplace