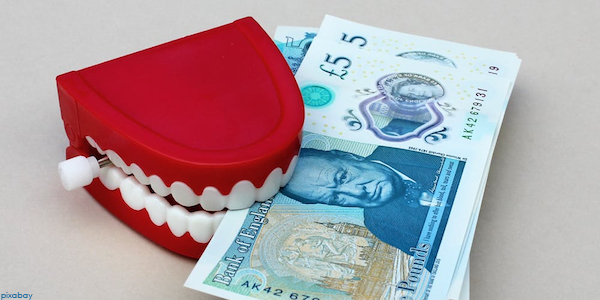 Landlords have a lot of worries in this country – as most people will understand already. But, the big question for today is – are landlords fears the same the world over, or do different countries offer up different challenges?

Of course, there are plenty of issues that stand in the way of landlords protecting their homes that are the same the world over. Fear of not getting a tenant for their home is huge, as every landlord still has to pay their own bills. And no matter where you are on the planet, there will always be people in your country that don’t care much for the concept of personal property and will cause havoc in a rented home – often costing the landlord a small fortune in repairs. Finally, landlords should also have a healthy fear of the law. While tenant rights vary from country to country, it’s something that every landlord must take seriously, or they could end up in serious trouble in the courts.

Landlords in the UK live in uncertain times right now. The impact of Brexit on the economy is up in the air for the moment and will only start to appear once the UK has actually left the EU. Taxation and the general economy are also a big fear, and many landlords are worried about the rules for buy-to-let mortgages changing soon. The Grenfell Tower disaster in London has also opened up fears for UK landlords, who are currently ensuring their properties are safe and compliant with fire regulations. And as a general collective, landlords have enjoyed a boom period for renting, as more people are priced out of buying their first home. Will this change in the next few years if more affordable homes are created?

In Australia, the problems are a little more mainstream. The vast majority of landlords in the country fear their tenants falling into arrears with rent payments. It can happen to anyone – even the best tenants can suffer from illness or injury and end up losing their job. Unexpected maintenance problems are also a big worry. Electrical wiring, plumbing, and broken heaters, boilers and air conditioning systems are all real and expensive threats. It’s also worth pointing out that while most tenants in Australia behave perfectly well, there is always the worry from landlords that they will end up with an unruly individual or family. Whether it’s property damage, illegal activity, or any breach of contract, it can prove messy and difficult to get these people removed. Also landlords fear taxes which is the same the world over. Finally, one of the landlords of Australia’s biggest fears is unoccupied homes. Given the competitive nature of real estate in the country, landlords need to ensure their properties appeal to the broadest range of potential tenants possible.

According to recent Canadian news reports, landlords in the country have recently become incredibly worried about their tenants growing marijuana in their properties. With Canada on the cusp of legalizing marijuana for recreational use, landlords are concerned about its impacts on their homes. It is the growing process that landlords are most afraid of. They believe the smell of marijuana and the humidity levels, and the high electricity use needed to grow plants can all have a big impact on the property and cause a lot of damage. Horticultural experts have explained there isn’t much to worry about, however. Still, one of the problems could be significant for landlords with more than one property in a particular area – the smell. Because of the distinctive, pungent aroma of marijuana, it could end up bothering neighbours, depending on the type of building and ventilation landlords is responsible for.

Landlords in the US

Landlords in the United States typically have the same type of fears as everyone else – property damage, unsuitable tenants, and non-paying tenants. However, landlords in the States are also worried about some of the help given to tenants in America who are fighting eviction. According to reports, many cities in the country are starting to provide more funding for anti-eviction actions by landlords, and it’s a trend that is slowly starting to spread.

New Zealand landlords are facing a huge dilemma right now – do they flee the market or stick around? Due to the nation’s Healthy Homes Guarantee Bill – and the Labour Party’s pushing for an end to landlord tax breaks – it could be that many people with multiple homes decide to sell up. It’s certainly a big worry, especially as the price of homes means that tax breaks are often the only way to make a reasonable profit. And unfortunately, it could mean that the traditional ‘mum and dad’ investors that make up a lot of the market will sell to professional and full-time investors who have ten or more properties on their books.

As you can see, many landlords from all over the world share remarkably similar concerns. However, the interesting thing is that individual countries rules and regulations – or political decisions in the case of the United Kingdom and Canada – can have such a huge impact.

It’s also worth thinking about if you are planning to take your property investment abroad. The little differences can actually have a huge impact, and it shows that, as with other investments in foreign countries, it is vital that you know all the ins and outs. So, while a property in the US, UK, or Canada might sound like a good idea, you need to have a thorough knowledge of that nation’s economy and political background before you invest a fortune.

A landlord would always get the perfect tenant in an ideal world – someone with the same lifestyle, attitudes, and behaviours as them. But just like every other area in life, this is an almost impossible task, and the fear of losing out on rental income is often far greater than a landlord’s need to screen prospective tenants.

What’s going to impact the valuation of a residential property?