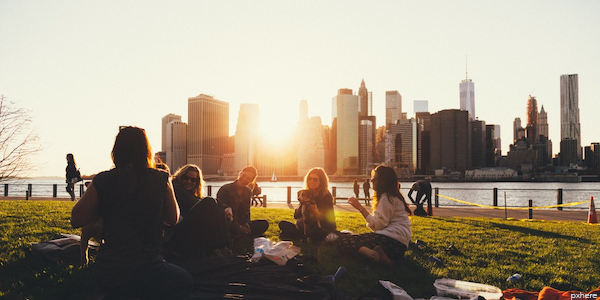 Renting is an established business practice that has been around since the introduction of private property.  It got a solid footing after introducing public transportation during industrialization and urbanization.  In recent years, this market has been undergoing a substantial transformation. Internet increased the availability of information, while modern listing platforms enhanced the transparency and accountability of the industry. Real estate agents and brokers still control the large market segment, but the situation is prompt to change. Let’s review the milestone of the industry development to get a comprehensive picture.

Property renting has existed since the transition from feudalism. Nevertheless, it was primarily estates rented for commercial purposes or urban residential rentals for merchants and bourgeois. The majority of the people resided in the rural areas and lived as homesteaders. Residential renting was an informal and unregulated market. The natural rise of these practices began with industrialization and rapid urbanizations. Initially, people settled on the outskirts of cities in poorly managed slums. Urban residents did not rent a place. They just built a small shack on the vacant land slot and moved in.

In the New World, everything started to change with the introduction of the planned communities in the early 19th century. They emerged primarily due to the massive construction of the railroads. The first planned communities were railroad suburbs. Steam railroad lines facilitated the development of notorious New York City suburbs such as New Rochelle, Yonkers, and White Plains. However, renters were only a tiny fraction of the suburban population. The wealthy, who worked in the city core, populated those suburbs. They prefer to live in the bucolics estates and socialize in the country clubs.

The population of renters skyrocketed with the emergence of the first public transit system – streetcars. There were horsecars lines, which were later replaced by cable cars and trams. Streetcar suburbs mostly hosted blue-collar workers who worked in manufacturing. In contrast to railroad suburbs, which formed small residential pockets around the station, streetcar suburbs comprised continuous corridors extending outward from the urban core. Those neighborhoods had a first large-scale infrastructure with shops, groceries, drug stores built close to the intersection of significant streetcar lines.

Unlike slums with no legal ownership, the city sanctioned the construction of those neighborhoods, so property rights were guaranteed. Investors securуly poured money into those areas to construct tenements for rent. The mass migration of low-income workers into these suburban quarters sustained the demand for rentals.

Initially, the field of renting was unregulated and mostly informal. Tenants had no legal guarantees against the landlord’s wimps and sudden evictions. This was especially true for certain cities where developers maintained a monopoly and could single-handedly raise prices. Therefore government officials started to push for certain regulations. Between 1919 and 1924, various states and cities adopted eviction- and rent- control laws.

Rentals were the primary type of urban-dwelling for decades. However, they went out of fashion in the US after the New Deal policies were introduced under president Roosevelt. Fannie Mae and Freddie Mac, government-sponsored enterprises, inflated the secondary mortgage markets. That increased amount of money available for lending made mortgages cheap and accessible. Additionally, automobile use has increased dramatically. The middle-class family migrated to their own single-families homes in more distant suburbs. Public transit use declined, and streetcar neighborhoods died out.

Popular return to renting in the US happened in the 2000s, specifically after the subprime mortgage crisis and the housing bubble. Slow economic recovery curbed the opportunities for new home purchases. The unstable job market and high mobility of the workforce made renting popular. Nevertheless, the economy slowly recovered and, by 2017 returned to the pre-crisis level.  The rate of foreclosure and underwater mortgages returned to traditional classes. The housing prices recovered in significant cities. Yet the conventional aspiration of owning a home lost its popularity.

Sarah Strochak, a research fellow in Urban Institute says, “The number of households in the US is continuously increasing, but with growth in owner-occupied units stagnating, almost all the housing demand in recent years has been filled by rental units.”

Millennials are leading this trend. They are no longer attracted to suburban living and secluded family residences. The younger generation looks for the city’s vibrant culture, with a high concentration of entertainment venues, theaters, and restaurants. This trend caused new types of development – urban villages. Those neighborhoods are high-rise, pedestrian-friendly, and located close to the Downtown and major employees.

Another recent trend that is shaping the market is internet real estate. Web-based platforms and applications transformed how people search for homes. Previously potential tenants were looking through newspapers or contacted the brokerage. That created an enormous information asymmetry between consumers and professionals in real estate. Brokers and agents were prone to speculating with the price for higher commissions. Nowadays, 90% of customers search for their future home online. Different listing services, such as Craigslists, permit customers to obtain general information about the property, contact the landlord or broker and decide where to rent. Companies like Trulia and Zillow take a more thorough approach. They provide information on specific communities, crime rates, quality of schools, median prices, etc. Those data are paired with interactive maps that let one navigate various neighborhoods. It is not direct advertising, letting customers make a knowledgeable decision.

A new generation of online real estate platforms takes this approach even further. Theн position is not only to aid the apartment hunt but also to provide the full range of rental services. Platforms like Rentberry aim to empower tenants and landlords by creating a new communication mechanism. Rentberry introduced a custom offer feature, which lets tenants offer their price for the rental. It allows landlords to access the demand and adequately adjust the asking price. It improves analytics for landlords and enhances efficiency for apartment seekers. Tenants find apartments in a less manual and more automated way.

With the growing popularity of digital real estate platforms, the old-fashioned brokers and agents are undermined. First-hand market knowledge and personal connections of agents can no longer compete with extensive databases and search engines of online real estate platforms.

How bad is the Meth problem in rental properties in the UK?

Tips to Get More Rent From Tenants In Your Buildings