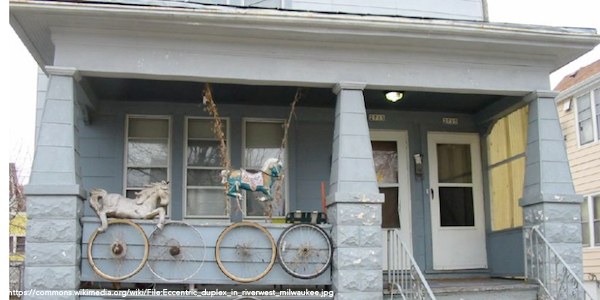 There are so many factors to consider when you inherit a home. First and foremost, it’s a distinct possibility that you are grieving a loss, so experts often recommend waiting on making a decision on what to do with said home. That is only if you can afford to take that time though, as the upkeep in the meantime will now be your responsibility. Once you do decide to move forward on what to do, there are really only three possibilities to consider—selling it, living in it, or renting. There is a fourth option, actually, and that’s not accepting the inheritance, but we’ll save that discussion for another day.

Should you get rid of your parent’s home when you inherit it? We explore that below.

This is probably the most complicated decision to make. Not only will you have to battle some emotional issues, including possible guilt and a feeling of connection if it’s your childhood home. Also, however, selling a home in any situation is never easy, and if you add in working with siblings to do so, it can get extra sticky.

One thing to consider when making this decision is taxing issues. You can’t avoid capital gains taxes, although you will get a break on these. As CNBC Contributor Sarah O’Brien notes, “When you go to sell the house—whether immediately or years in the future—any capital gains are based on what’s called the ‘stepped-up’ cost basis.” This means it will be calculated using the fair-market value at the time of your parent’s death as opposed to when they bought the house. There’s quite a fluctuation in what people will pay in capital gains, with higher-income taxpayers going as high as 20 percent while others pay 0 percent. Ideally, you should sit down with your siblings and a tax or real estate professional and calculate whether the home’s appreciation is going to make you more money than you’ll have to pay in capital gains taxes. Keep in mind you’ll also be on the hook for real estate commissions, transfer taxes, and other closing costs.

As Next Avenue Contributor Craig Venezia also notes via Forbes.com, “You’ll also want to make sure the homeowner’s insurance is paid up and the estate or trust is named as the insured, in case anything happens to the home between your parent’s death and the sale. The same is true of mortgage payments (if any), property taxes and utility bills.”

As we said, this is likely the most complicated option in that it requires the most mental and physical elbow grease, but it could be the best for you and your family in the long run.

We Buy Houses Denver CEO Nick Evans says that when he inherited his parents’ home, they decided on this option and it was ultimately best for all involved. He sat down with his family and calculated the monetary pros vs. the cons and living in the house was not a convenient or financially sound option.

Do You Live in It?

This might be an easy one to choose or rule out based on where you and your siblings live. Those who lived close to their parents might have already had the plan that they would move in once they passed away. For those families in which everyone lives in another city, deciding against this option could be a no-brainer.

Once again, taxes are something to consider, as you’ll get a tax break if you live there for two years before selling. Individual taxpayers will eventually get $250,000 on primary residences and married couples filing jointly will get $500,000.

Do You Rent It?

Sometimes this is the path of least resistance, as it doesn’t require a cross-country move but it also doesn’t require the tough tasks involved with selling a house. That said, renting homes is no easy feat either, as you’ll either need to take on landlord duties or pay a company to assume these for you. Maintaining the property for your renters as well as ensuring you find tenants who can pay each month can be difficult. If you decide on this option, remember to change your insurance coverage to a landlord policy, as you’ll want to protect yourself against any medical and legal liability for tenants who live there.

As with the previous two options, there are tax benefits and capital gains considerations. The land becomes a depreciable asset so you can deduct a certain percentage of its value on an annual basis as well as for home improvements. However, Uncle Sam will collect once you do eventually sell. You’ll likely owe more in capital gains taxes, and you will no longer qualify for the exclusion since the house won’t be your principal residence.

Inheriting a home, especially if it contains a lot of fond memories for you, can be an overwhelming experience. Take the time to weigh these options carefully and you’ll surely make the right decision.