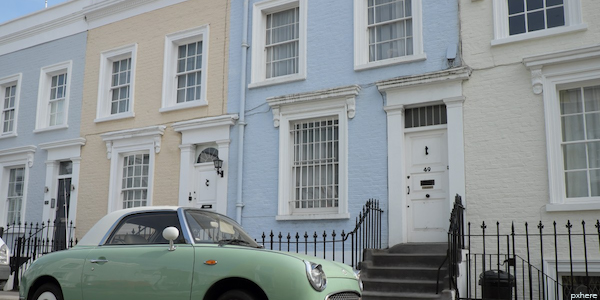 Statistics show that mortgage lending fell for the year leading up to December 2017, with many factors attributed to those trends. These include the economy and Brexit amongst many others. However, forecasts suggest that the number of first-time buyers, as well as new investors, will climb during the rest of 2018 and near future.

Nevertheless, the opportunities are far greater in some parts of the country than others. Here’s all you need to know about the current climate and the biggest hotspots for prospective buyers.

Why Are First-Time Buyer Figures On The Rise?

There are various contributing elements for the expected increase in first-time buyers. For starters, there is simply a greater opportunity due to the tougher conditions for Buy-to-Let investors. Predictions suggest that Buy-to-Let finance will be used for the purchase of 80,000 homes in 2018, which is a huge 33.3% drop from 2015 figures. This in itself gives potential homeowners a chance to get on the ladder, especially when combined with the 20% increase in new homes being built.

As we have previously mentioned in other posts, interest rates are gradually increasing. On the other hand, a reduction in house prices compensates for this. In truth, coming increases on tracker interest rates shouldn’t impact that many people. That’s because the recent trend of choosing fixed-rate mortgages looks set to continue.

The Chancellor of the Exchequer’s decision to remove the stamp duty fees on properties up to the value of £300,000 has already had a positive impact. Likewise, the support provided by help-to-buy schemes put new buyers in stronger positions than in recent years.

What Are The Trends For First-Time Buyers And Investors?

First-time homeowners won’t suddenly find themselves on easy street, and will still encounter a number of challenges. Frankly, cutting out the avocados and takeaway meals won’t make the impact that some millennial-bashing idiots have stated. However, those that have utilised help-to-buy ISAs and schemes will have an opportunity to buy homes, even if they are modest properties.

As for investors, the fact that average UK rents climbed by less than 1% in 2017 shows that the days of extortionate increases may be over. When combined with the strict lending terms, buying properties that require some renovation may become the norm. Whether it ’s through restorations or extensions, this is likely to ring true for property-flipping investors too.

Where Are The UK’s Hotspots For New Homeowners In 2018?

Unsurprisingly, London is still out of reach for most buyers, especially in central areas. While those sentiments are far from exclusive to first-time buyers, they will certainly be affected. Unless in a position of some privilege, the first rung of the property ladder is unlikely to be found in the capital.

The outskirts do boast places like Gidea Park, where one-bed flats are around the £225,000 mark, and three-bed semi-detached homes cost £400,000. While cheaply priced compared to a lot of London, there are plenty of alternatives out there. Here are some that are sure to attract first-time buyers and investors over the coming months.

Since being named City of Culture 2021, Coventry is set to become a very attractive place for young first-time homeowners and family. As per Right Move, an average price of £191,723 for last year underlines that this is an ideal option for new buyers.

Aside from the winning combo of affordable housing and local attractions, Coventry is in a great location for commuting. London and Manchester are both roughly 100 miles away while Birmingham can be reached in roughly 30 minutes by car.

The town of Milton Keynes has grown immensely in popularity in recent decades but is still a great place for first-time buyers. In fact, around 10% of home purchases in the area come from new buyers.

Milton Keynes services London Euston and Birmingham New Street via train in under one hour. With Experian stating that over 60% of residents are under the age of 44, it’s no wonder that the area retains its hotspot status for 2018.

The North West continues to shine, with Salford and Burnley among the very popular places for first-time buyers. However, Liverpool is considered affordable for nearly 90% of first-time buyers. Given everything else the city has to offer, it is a major hotspot for 2018.

Liverpool is surrounded by even more affordable locations like Fazakerley and Walton. However, with prices in Liverpool increasing by 8% in 2017, new buyers will want to take advantage of this opportunity while they still can.

The largest city in Hampshire is just 75 miles from London, but average property prices are significantly cheaper. Value continues to rise while the standard of living is great, which is a winning formula for thousands.

In addition to being a popular choice for buyers, rental yields of 5.5% by Total Money underline its appeal to investors. Last year saw a hugely positive trend for Southampton, and 2018’s statistics are likely to follow suit.

As a growing holiday spot, Pembrokeshire may attract investors looking to capitalise on this market. However, the opportunity to purchase a detached house for under £250,000 is sure to keep winning new buyers too.

The Welsh county offers buyers a great opportunity to trade city life for a more rural existence. It’s a far cry from being ripped off by extortionate city rentals, which is a welcomed change for many of its new residents. Its appeal is sure to stay throughout the rest of 2018.

Glasgow has been an attractive destination for generations. But after years of being the ‘up and coming’ part of the city, Dennistoun is now very much the place for first-time buyers. Average property prices are around the £110,000 mark, and simple upgrades can boost the value greatly.

The location is ideal for a mix of city lifestyle and relaxed vibes. As a first step on the ladder or a long-term settlement, this is an increasingly popular solution for Scots and Brits in general. Not least for those that a seek a rewarding investment in the process.

Aspects To Consider Before Purchasing A Property