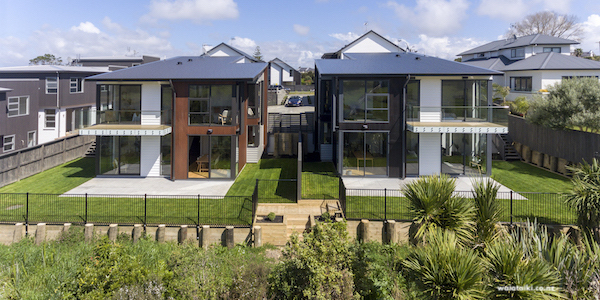 When buying any property – whether it is a first home or an investment property, you want to buy in suburbs which have the greatest potential and future growth prospects.

As Auckland continues to grow and expand, suburbs which may have seen slow growth in the past are swiftly blossoming into the country’s hottest areas. Since 2007, the suburb of Wai O Taiki saw property prices grow by a whopping 150%. The surrounding suburbs of Glen Innes and Port England followed close behind with 134% and 131% growth.

Murdoch Dryden, Director of a large housing rejuvenation project, Wai O Taiki Bay waterside provides an insight into why the area has seen such swift growth.

“For most people looking to buy, a major factor is access to the city’s CBD”.

“However, Kiwi’s also place a large emphasis on lifestyle and in many cases are willing to travel further to work in order to live in an area which affords them such a lifestyle”.

“What has really boosted the value of properties at Wai O Taiki is the perfect balance of these two factors – A modest travel time to the CBD and access to beaches, the ocean and surrounding nature reserves”.

Property growth data which was collected by data company, Corelogic ranked all New Zealand suburbs by their rate of growth was dominated by Auckland’s suburbs. In fact, the first non-Auckland suburb came in at position 93 and was Queenstown’s Kelvin Heights.

So how can those now looking to buy benefit from such growth? Well there is two ways you can go about it, depending on your budget.

You can look at these suburbs identified in Corelogic’s report and buy into these areas identified with a proven track record. As, like their booming predecessors (think Remuera, Ponsonby, Parnell), their value will continue to rise.

This was pointed out by Corelogic analyst, Kelvin Davidson who pointed out that many of the more expensive areas in Auckland have continued to rise. He comments that, although logic says that areas of lower value will have more scope for growth, different buyer groups with a bit more equity behind them has meant these already high value areas will continue to grow.

Alternatively, for buyers on a more restricted budget, you can examine what has made areas like Wai O Taiki bay so successful and see if you can identify any overlap with suburbs which are a bit further from the city CBD. Remembering that outlook and an outdoor lifestyle are factors which will only become increasingly appealing to local buyers as Auckland continues to grow.

In fact, the work-life balance is becoming increasingly important to kiwis with a 2017 HSBC survey ranking NZ at sixth in the world for work/life balance. In the same survey Auckland was ranked third for “best city for quality of living”. With this information you could theorise that the trend of kiwi work/life values will mean people will become increasingly willing to compromise on a longer commute to work in favour of quieter areas, with better access to nature and more of a community feel.

Although the development at Wai O Taiki Bay has struck the best of both worlds, in terms of its easy commute and connection to nature and lifestyle, those searching for the future up-and-comers may want to consider the lifestyle factor as the most crucial going forward.

8 Benefits of Hiring a Realtor to Score Your Dream Home

Buying in Bulk: 5 Tips for Investing in Multifamily Properties