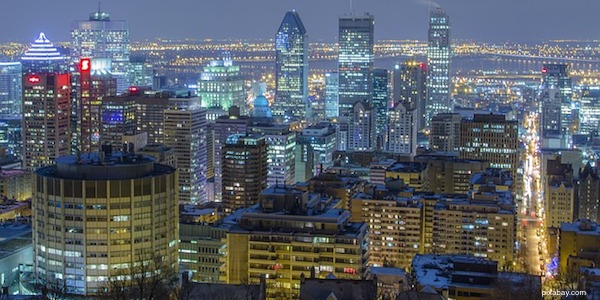 This has been the focal point of various debates throughout the past years; if you’re moving to Canada, is it better to settle down in Toronto or Montreal?

Toronto has long overtaken the French-speaking metropolis that is Montreal as Canada’s business and financial center. But while this holds true, some still prefer to live in the Quebec city for some irrefutable rationales (e.g. It is more European, or the atmosphere there is generally warmer and happier).

If you’ve made up your mind to buy one of the high-end residences in downtown Montreal, here are five ultimate reasons you can use to justify your decision.

You don’t have to wonder why this place has produced notable figures in the arts and entertainment scene (Celine Dion and Leonard Cohen for example).

Montreal is loaded with art galleries and natural sceneries that will help unleash the artist in you. It is also bustling with cultural communities that can foster your artistic side and can also learn and unravel the city’s deep history through them. The city has its own Chinatown, Little Portugal as well Little Italy neighborhoods.

Because this city has a mountain (the American-style city of Toronto doesn’t have one), Montreal has better snow sports. Tourists and residents alike can enjoy many winter-themed activities like skiing, snowboarding, and sledding.

The mountain named Mount Royal is also where the Mount Royal Park is located. The huge green space can help people connect more with nature, especially during snow season. It features short ski slope and cross-country skiing trails among others.

As the winter season in the area brings much chill (and sometimes, ice, too), people have also learned to embrace the climate by making it look more fun. During winter, many festivals are being held like Nuit Blanche and Igloofest.

As the city is brimming with much festivities, winter is not the only time when people take pleasure in such vibrant occasion. Name a season, name an art form — Montreal has a celebration for it.

Though everything is relatively cheaper in Montreal than Toronto, the lower transportation cost is what makes Quebec city more appealing than its rival Canadian metropolis.

Apart from the economic aspect, travel time is much faster in Montreal, thanks to its cleverly-designed traffic and transportation system.

But, really, you won’t have to worry about traffic, because Montreal has a great walking and bike-riding culture. With its amazing bike-lane networks and convenient walkways, the residents are even more motivated to walk or ride a bike as an option to travel.

This Quebec city is not just rich with artsy places, it is also filled with restaurants and food houses that offer sumptuous meals — from bagels to gourmet-style sandwiches to smoked meats.

The city also boasts of its authentic and ethnic cuisines including Greek, Italian and Lebanese. These tasty dishes can be considered as somewhat a representation of the culturally diverse place.

Actually, many people say that you can rarely find a city more laced with restaurants than Montreal.

Another plus is that you can complement your food with your favorite alcohol. In this European-style city, it is legal to drink in public as long as you’re eating something, too no wonder it’s popular for investment and short stays with landlords on AirBnB.

How to create a perfect guest room in your home