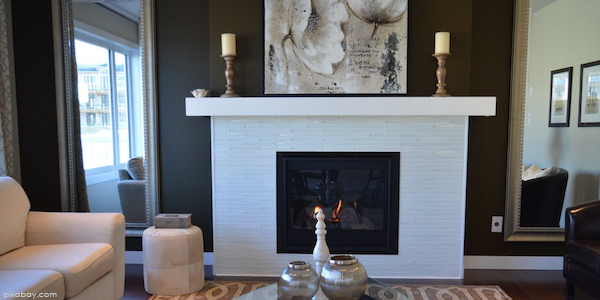 It’s a rarity to find consensus among all political parties but there is one subject on which they are all agreed – there is a housing crisis in the UK. But what are the problems and could modular homes be part of the wider solutions?

What is ‘the housing crisis’?

The post-war housing boom never happened and the ability for the majority of the UK population to own their own home has slipped from their grasp. With a touching faith in the abilities of the housing market to provide homes for the population, successive governments have failed to regulate the housing market.The result is catastrophic. Today, a first-time buyer saving on average has to save for 22 years to have a deposit for a home.

From baby boomers to millennials, everyone is affected apart from a small section of society. It is not a crisis that just affects one group of people, either. It is everyone’s housing crisis.

Is the answer to build more homes?

David Orr, chief executive of the National Housing Federation seems to think so.

The problem is demand outstrips supply. For 30 consecutive years, as a nation, we have failed to build enough homes. There have been all kinds of policies, schemes and promises from governments of all persuasions but all fundamentally failed to address the direct answer needed to the crisis: more homes.

But to blame it on the various UK governments would be wrong because, say some critics, the housing industry has been poor to innovate.

Whilst other countries enjoyed the pre-fabricated, factory built housing that is much cheaper and greener, in the UK we still battled with the bricks and mortar, the breeze blocks and cement.

There have been a few glimpses of success with some house builders using steel frames and prefabricated concrete panels to build larger buildings, but new technologies have stayed pigeon-holed in one sector or another.

Research and development have, until now, been poor. But with firms such as MTX Contracts, modular healthcare building specialists showing the way, the possibility of more prefabricated, green and affordable housing solutions could be on the cards.

Post-war housing was meant to be a means to an end. ‘Prefabs’ were hastily erected to house families bombed out of their bricks and mortar homes. For some, they were the warmest, most luxurious space they had ever lived in. Free from damp and built in picturesque places, these prefabs were a short-term solution to an acute need.

But decades on, people were still living in them. By now crumbling, damp and cold, they developed a stigma and one that still sticks to anything labelled as ‘prefabricated’.

The quality of modern ‘prefab’ buildings is second to none. It must be, especially when you consider some of the buildings MTX design and build are laboratories, clinics and operating theatres.

Modular buildings can be designed, pre-cut, built and delivered on site in half the time it takes to build a traditional building. With such an acute housing shortage, this can only be good news.

But for those concerned that speed means less attention to detail and quality must take heed of how leading modular building companies are continually researching and developing new ways of doing things. And that means that as modular buildings go, the specifications and quality can be higher than that of traditionally built buildings.

Less waste along with structures that are warmer, cheaper to heat and easier to keep cool make the modular build approach the more environmentally friendly option. There is also fewer resources and energy needed to create an adaptable and versatile living space. Wood and natural materials are sourced from sustainable and managed forest and producers, and with less energy consumed to build them, they are the green choice.

Not everyone needs to the same kind of home, with the same layout. Over time, needs change too and for traditionally built homes, adapting them is expensive and time-consuming. With modular buildings, they are quickly and easily adaptable. Significant changes rarely impact on the strength or integrity of the building.

Modular buildings are a distance cousin of the prefab, and far more detailed and complex in their design. Using high-quality materials and building technologies, the modern modular home has the potential to last decades.

The answer to the crisis?

Private housing associations are slowly beginning to realise the potential of modular builds, but for many of us, we are still stuck on the only really building solutions being bricks, breeze block and large concrete columns and walls.

The solution to the housing crisis is simple – more house building – but our national psyche and attitude remain firmly rooted in the past. It is time to change and streamline house building process and technologies, just like the chunky TVs of old are now slimline and lightweight – and yet this doesn’t compromise their strength.

And modular buildings are strong and cost-effective – so why not look to them as the solution? There’s no doubt there are building specialists like MTX Contracts with the skills the passion and the vision to create modular housing that will make an impact on the quality of life as they live in homes that suit their needs.

Things you should know before Hiring a Building Company

Building up a Property Investment Portfolio From Scratch