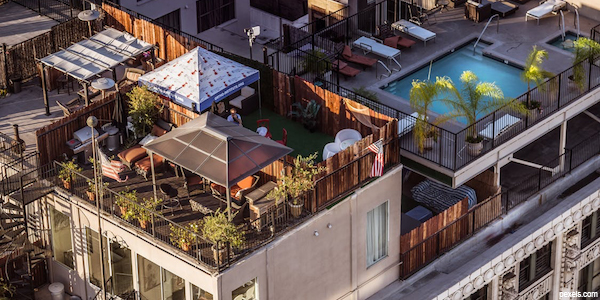 Mixed use development is essentially a way to use one piece of land for a variety of different projects or development classes. For instance, a building may contain a shopping centre on the bottom floor and on the next, hotel rooms. There might also be entertainment venues on another part of the land or even in the same building. Mixed use developments have become particularly popular in the centre of heavy populated cities and could be the future for a lot of infrastructures. It’s not just large, commercial areas that are using mixed use development plans either. There are areas around London where it has become a popular model for building residential houses. But before we get into what it’s used for, let’s consider why it’s become so important.

It’s fair to say that one of the main reasons for the increase in popularity of mixed use development is the lower levels of space in urban areas. Over the past few years, the population has grown at startling rates in urban areas around cities such as London. Unfortunately, this has led to land shortages and forced developers to be more creative with their designs. Rather than building homes with traditional gardens, in some areas gardens have been put on the roof. This allows homes to be closer together and more houses to be built within a single location. Using this space more conservatively also pushes the prices of the home down, meaning they are more affordable for the typical buyer.

We have heard about the death of the city centre of quite some time. Families and businesses have been moving out of urban developments into the suburbs away from the city. This leaves the poorer working class in urban areas that have been left abandoned and without any development to the existing infrastructure. Now, mixed used development projects aim to revitalise these areas of the city and provide everything people could need. Living areas, hotels, shops and entertainment centres are all in one place. They can be built up in a single building or added into a horizontal model where different buildings are used to build up a community.

In areas with low levels of infrastructure people often do not mix and instead may be segregated completely. With mixed used developments everyone can be part of a single community. It’s a natural way to encourage people to engage and share the space with others who live nearby. As such, it builds up a neighborhood for people who can live, play and work together. For instance, there might be a group of offices on the first floor of a building. On the ground floor, there could be a few bars where people can get together for happy hour.

Of course, it’s not just about benefiting the individuals who live there. Mixed use developments can also be established to use the land to its full potential. Rather than land being wasted, it can be used for a variety of different purposes. For instance, mixed-use developments can also be used to set up for recreation, environmental protection and producing food in rural areas.

Is It A New Idea?

In some cases, yes and in others no. Mixed use developments are radically different compared to how Britain’s urban areas were being built up after the second world war. Many plans were using large builds for single purposes, and these were heavily criticized. It was suggested that they altered the community and affected the infrastructure, causing less diversity. This is one of the key problems that mixed use developments aim to address

On the other hand, the way private buildings are being used in these plans are quite similar to the back to back terrace houses. Only now, the gardens still exist and are put on the roof instead. Although, this won’t work in all parts of the country, in some areas they have been very popular. However, they can be quite expensive with some costing as much as 865,000. As such, they by no means solve all the issues in the housing market today.

It seems as if there will be more mixed-used development projects. They do appear to lead to a more shared and connected community. As well as this, they encourage business opportunities and developments within the area. They also help areas to become more diverse and allow people to come into contact with others from nearby places where they live and work.

In residential areas, the so-called mixed us homes have proved to be very popular, and they are not all expensive. Terrace houses that have been remodeled to fit this modern design and sell for prices lower than 150,000.

With the problems they solve and the increasing popularity, mixed use developments could very well be Britain’s urban future.