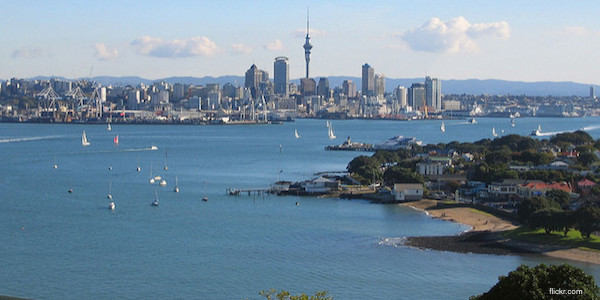 With six locations earmarked for a housing boom, the Auckland council expects 120,000 new homes in the north, northwest and south of Auckland City. These homes will appeal to all types of home buyer including first home buyers, and investors .

Auckland City Council says to expect most of the new home building activity to occur on the city fringe over the next couple of decades. As Auckland continues to grow at a rapid pace, the super city will need around 400,000 new homes built by 2040. Fringe towns such as Warkworth, Kumeu & Pukekoe are expected to take some of the pressure of the central suburbs and become ‘mini cities’.

However, while the grow of new towns and cities is exciting news, in order for them to be successful, these developments will require a significant amount of investment in local infrastructure which is rolled out throughout the entire development.

In the short-term, and with the completion of the Puhoi-Warkworth motorway extension in mind, the Council has bought forward their plans for housing Warkworth, with a number of large projects set to get underway over the next three years.

“While many local trade businesses were doing it tough 5 years ago, the amount of work coming through now means it is a really great time to be in business in the Warkworth region”.

However with roads and traffic congestion already becoming a major issue in Warkworth, Bronkhorst is concerned about the increased stresses on the local roading infrastructure.

“Locals have been facing increasing traffic congestion issues over the past couple of years – the council will therefore need to address these and other infrastructure issues before going ahead with these large projects”.

The Auckland Council will need to spend more than $6.5 billion on transport, roads, water and other infrastructure in the next 10 years in order to achieve their housing targets particularly in the new mini-cities. This will then need to be followed up by a further $13 billion over the successive two decades.

To service the rapid growth in Warkworth, a new wastewater treatment plant will be built in Snells Beach, and investment in local road networks will help ease congestion. In Silverdale/Dairy Flat a proposed new business area will be fast-tracked to ensure more jobs are available locally and there are resources near by e.g. supermarkets, restaurants and retail shops.

The other rural communities that have been earmarked for new housing developments are Kumeu/ Riverhead in the north-west and Takanini, Drury, Hingaia and Pukekohe in the south.

The new housing development figures, outlined in Auckland’s new unitary plan have not come without strong opposition. Two opposition groups (Auckland 2040 and the Charter Coalition) unsuccessfully campaigned to keep large scale developments out of their neighbourhoods.

The residents group argued that the unitary plan went well beyond the original plan proposed by the council, moving around 29,000 residential properties into what will become intensive housing zones.

After taking the case to the High Court, and exhausting their appeals, Justice Christian Whata gave the green light for the developments to go ahead. Auckland’s mini cities will be a hub of activity for the local economy for years to come.