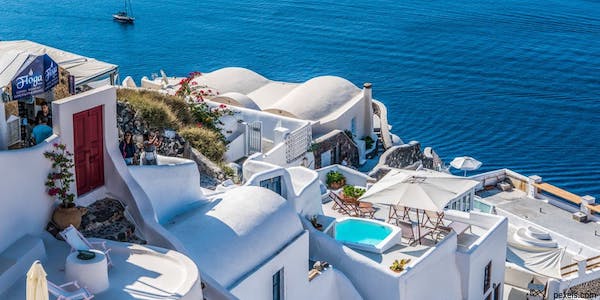 The property market, like all others, is affected by a whole plethora of external variables. The fact improbable events sprung up on the global stage, such as Brexit and Trump, has left most markets in a state of uncertainty, and that is partly why this past year has seen the property markets in both the US and the UK stall and, in some cases, actually reverse. From an investing point of view, it is just too risky. After all, no one knows what the future holds and that has seen people keep their money safely in their pockets.

However, just because the property markets of the US and UK are booming right now, it doesn’t mean you should be put off investing. That is because there are so many advantages gained from investing in property overseas. Without delving into anything in too much depth, investing abroad often comes with a wide range of benefits. For example, higher rental yields when it comes to buy-to-let.

Of course, if you want your investment to be a great one, then there are certain things you need to consider before handing your cash over, such as putting your long-term cap on. After all, most investments require patience for a financial gain to be made. On top of that, however, you will need to keep in mind global affairs, local economies, market trends, and, most of all, researching the location.

With that in mind, we have come up with a list of the best overseas markets. It could be the best thing you ever did.

One of the most celebrated overseas territories right now is Medellin, Colombia, because it offers plenty in the way of luxury lifestyle and wow-factor investments. The latter is what excites us most of all, though. This is because you can very easily snap up a bargain still or, better yet, get your hands on a property that can be renovated on a friendly budget before going on to reap the rewards. Why is it so cheap? Simple. Because anyone that has dollars, pounds or euros in their bank account will get more pesos than they will have at any time in the last nine years. All of this is supported by https://www.liveandinvestoverseas.com, so if you want a second opinion then have a look. The big issue is knowing where to choose. That is up to you. However, we spoke to someone who recently bought in the El Poblado neighbourhood, and it offered them everything they could want. Rental prices were great, and the area was popular and, as a family, they found it a safe and Euro-chic metropolis in which they could happily holiday with the kids. As we said, it is a relaxing holiday destination that comes with the bonus of financial potential.

The Algarve region is nothing new by any standards. It has been celebrated for decades now because it is a picturesque, charming, historic, secure and English-speaking area with some of the gorgeous beaches anywhere in the world. However, that isn’t the only thing that makes it an attractive proposition when it comes to making an overseas investment because, right now, it offers up one of the best bargains on the planet. The local market has been somewhat struggling since the 2008 financial collapse. It is also struggling with the uncertainties that Brexit has hurled the EU’s way. Of course, it does attract a certain type of clientele, which could also mean it should primarily attract a certain type of investor. We’re talking about retirees who want to enjoy a cultural escape to sunny climes that aren’t overrun by families or partygoers, the kind of people that wear salmon-coloured trousers, play gold and pretend to boat. But even though this is the primary target audience, it attracts other tourists because it is one of Europe’s most popular hotspots. It offers properties that are well under market value that fetch rental returns in the highest price bracket. Yup, this is one for the serious investor.

This has graced the overseas hot spot list of different property experts for almost twenty years now, and yet it deserves more recognition than ever. This has helped because the markets took a slight hit after 2008 without getting destroyed. The real reason for this survival is the big reason why potential investors should be keeping their eye on this location; it is not a market at the benevolence of the United States. That is to say, the political and economic events that influence America don’t have the same influence over Panama. Why? Because it is a famous market for many different countries, including Canada, South America, Central America, China, Europe, and even those in other markets. This gives it a beautiful buffer. If you’re approaching this from a lifestyle-investment point of view, then you have nothing to worry about either because the diversity here is outstanding. There is the huge and vibrant Panama City, the glorious Pacific coastline, and the Caribbean side of things, as well as everything in between, by which we mean stunning islands, lush mountains, plenty of countrysides and anything else that tickles your fancy. If you have dollars, you have the world to choose from right now, but if it is security you are after then, this is the best option.

This has to be one to get in right now because, while property prices in this city have more than doubled since 2009, we could be at the beginning of this boom. How could that be? Well, it has a lot to do with the big push toward improving the infrastructure here, especially the transport links. But this hasn’t stopped buyers from attracting those properties in central areas. The political atmosphere there is another thing that makes this an irresistible place to invest. If just one of the planned reforms currently being discussed goes through, this will allow foreign investment in apartments to become much more accessible. It will make this city that much more sizeable and attractive. But forget all the technicalities and the ‘what if’ variables and focus on the facts; this is the fourth most populated country in the world, the largest economy in Southeast Asia and, with its incredibly young population, tipped to be one of the hottest emerging markets. Then there is the fact this is one of the most stunning places in the entire world with easy links to some of the most sought after holiday destinations anywhere on Earth, and you have yourself some simple supply and demand that will see returns on investment come out on top.

This country now boasts its best-ever number for foreign and domestic tourists, and that is precisely why it is granted a place on our list. To put it bluntly, growing popularity equals growing rental yields, and, as an investor, that should be something that very much excites you. Of course, it is worth noting that you will need to have some funds behind you because prices aren’t what people would consider mega-cheap. That said, the yields are robust right now, coupled up with the fact occupancy rates are above the regional average, even going above and beyond the 80% marker in the peak seasons. The prices are so high to start with because real estate is bought and sold in U.S. dollars. However, every other expense is dealt with in pesos, and that is where the advantage weighs in. The peso is just seriously struggling against the dollar, pound and euro right now. Of course, you could well be thinking to yourself, “why Playa Del Carmen?” So, to lay it out for you, Playa is the fastest growing city not just in Mexico but in Latin America. In investing terms, this translates to having a busy resale market, something that anyone anxious about risk should be smiling about should they consider a get-out plan.

These are our top 5 hotspots and the ones we felt we most deserving of some detailed reasoning. However, it is the entire list. The world is made up of glorious places that each have their reasons for being great investments. So, to round it off a bit more and give you some food for thought, the other places we would like to make a note of include Cape Verde, Ceará in Brazil, Las Terrenas in the Dominican Republic and just about anywhere in either Colombia or Portugal.

Rough Diamond Or Money Pit? Is It Worth Taking a Risk On A Fixer-Upper?

Single Parents And Mortgages – Is It possible?