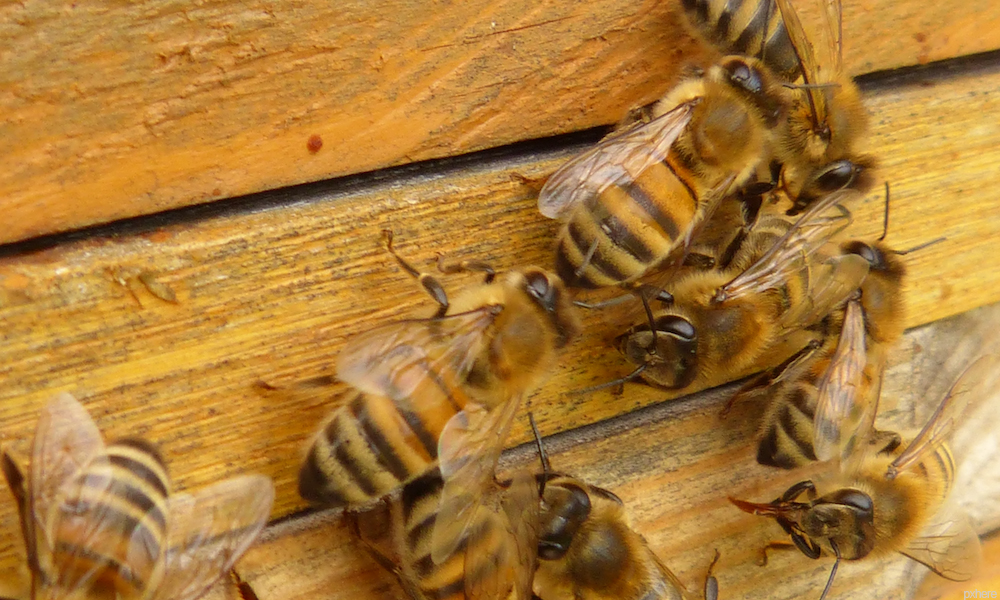 Who hasn’t been bitten by a bee or wasp while out in the garden? Summer is the worst time for pests too, as they also enjoy the warmer weather. So rather than avoid the outdoors altogether, you can take steps to get rid of pests that annoy you. Not only will it improve your enjoyment of summer, in your backyard, but it will also save you money. Ah, now you’re keen to learn more. 🙂

Many pests bite, and sharing territory with them is tough going.

Countries like the US and Australia endure some of the pests we love to fear, e.g. spiders and snakes. But most of us need to deal with insects around the home that bite. Getting outside and enjoying the outdoors is good for our health.

Just spending a few minutes in our garden can do wonders to our wellbeing and energy levels, so we need to manage infestations of pests that are harming our enjoyment of our property and our health.

Vespula Vulgaris is the scientific name for the common wasp. There is a variety of wasp called Vespula Germanica or ‘German wasp’ that are found in most urban areas on almost all continents. It’s got pest status in countries like New Zealand where it’s viewed as causing more harm than good.

While both bees and wasps can bite us, we love bees and hate wasps! What purpose do wasps serve anyway?

Well, they have just gotten a bad press, they are a valuable ecological asset, only not in huge numbers in a nest in your garden! In large amounts they cause more harm than good, especially if you’re bitten multiple times, this event can be life-threatening.

Disturbing a nest and being stung by one wasp, is all the warning you need; however the wasp that’s stung you sees you a bigger threat and calls in his friends, and they act by stinging you too, and this is when it can turn horrible, and costly.

Along with other pests like the mosquito, there is a growing intolerance to the bites. Our immune system is less able to deal with the bites the more we’re bitten, and the allergic reaction more severe.

Treatment costs for allergies are billions of dollars, and of course, in the most severe cases, there are deaths. Take the tiny mosquito; it is our biggest killer.

According to the most deadly animals, one million people die annually from malaria-carrying insect. However, getting rid of mosquitos is not as straightforward as getting rid of other pests that bite as they don’t have nests. So let’s see what you can do to exterminate pests in your yard that have nests.

Keep your property in a good condition

A well-kept garden, that’s regularly maintained, not only looks good, it will make it easier to find a wasp nest. You can not avoid nests altogether, but when your property is well maintained, the nests should be smaller.

Nests can occur inside the home too, between the walls so be attuned to hearing and seeing wasps around your home. Don’t ignore the signs, take action by getting a pest exterminator in to thoroughly inspect and deal with the pests. There have been horrifying stories of huge wasp nests discovered between the walls of homes. Check out this huge wasp nest of German wasps found in southern US.

Top 7 Reasons Why You Should Hire a Property Manager

How To Tell If You Have Bed Bugs: 8 Warning Signs To Look For