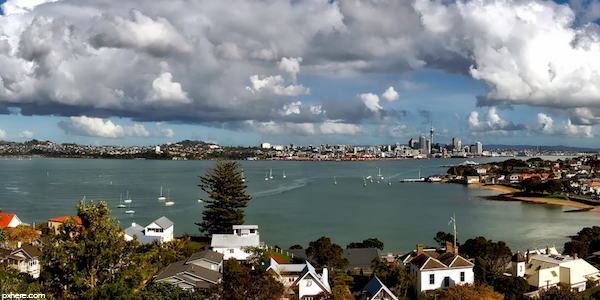 New Legislation in New Zealand, Victoria, and even the UK is targeting landlording and making it much harder. This new legislation seems to be about solely improving tenants rights, rather than making anything better for landlords, and this is leading people to believe that there is an ulterior, political motive.

Tenants in Victoria are now going to be able to make minor modifications to rental homes without permission, to the dismay of landlords. They will even be able to own pets, after new laws were passed in parliament.

The introduction of “basic standards” has also been passed, and there is a limit in rent rises to once a year. People are calling this one of “the biggest reforms to renting in Victoria’s history”. However, these changes are not due to come into place until July 2020.

These changes are ‘strengthening renters rights’, and will ‘better protect vulnerable tenants’, allowing people to turn the house that they rent into a home. However, it appears that allowing renters the majority of the rights is robbing landlords the right to have a say in what goes on with their property at all.

In fact, many landlords are talking about pulling their properties off the rental market altogether, which could mean difficulty for tenants who want to find a property to rent in the first place.

The new legislation states that properties must have functioning stoves, heating, deadlocks and safety measures for gas, electricity and smoke alarms. Bidding for rental homes will be banned, no-reason evictions scrapped, rent increases limited to once a year rather than six months, and bonds capped at four weeks’ rent.

Nailing hooks on walls and anchoring furniture to prevent it from falling will also be able to take place without written consent from the landlord.

Landlords will only be able to refuse their tenants keeping pets by order of the Victorian Civil and Administrative Tribunal.

It’s clear that landlords in Victoria are about to have a much harder job compared to what they were doing previously, so it’s no wonder many are already considering selling up before the changes come into effect.

The new legislation in NZ almost mirrors the legislation in Victoria. It seems that legislation is no longer balanced and is giving tenants all of the rights, very similarly to what we have outlined above, with many of the same legislations discussed.

Many people are speculating that these changes are down to labour party advocates. More and more stories are cropping up all over the media that are inaccurate and designed to promote that party’s political agenda.

You may have noticed that before the last election, reports about homeless people and struggling families that were hugely critical of National, were on the news continuously, almost on a loop.

These stories were clearly designed to create the impression that the Government was failing this vulnerable group. As soon as the election was over, and the labour party won, these stories disappeared – although the problem is obviously still there.

It would not have simply disappeared when the Labour party was put into power, so why did they mysteriously stop showing us those stories?

It seems that now, the labour party is putting rental property providers in the spotlight.

Many bad landlord stories are being spouted all over the media, and if you look closely, you’ll realise that there is political capital to be made by demonising landlords and victimising renters.

It wouldn’t be the first time that news stories have been warped to support a political agenda.

In an ideal world, the government would be applauding New Zealand landlords for providing rental housing, rather than making things far more difficult for them.

There’s every chance that landlords will decide to sell up if the laws become too much to bear, and this would leave the Government and social housing providers having to fund additional rental housing stock.

It’s also worth noting that while the labour government talk about their ‘zero-carbon’ plans, they are planning to introduce measures that will significantly increase power prices, which will make tenant issues that already exist far worse.

It also seems unfair that landlords should get the blame for things that tenants are at fault for, such as diseases caused by overcrowding.

Labour is also signalling that they intend to increase a landlords’ notice period to 90 days in all cases, removing a landlords right to terminate tenants from their own properties with ‘no cause’.

Many landlords agree that this is a misguided decision and something that is going to reduce a huge number of rental properties from the market.

New Legislation In The UK

In a recent study, half of landlords in the UK felt positive about the current buy to let sector, in spite of changes that could have a big impact on their business.

52% feel positive about the market, while only 16% felt negative.

30% felt indifferent about being a landlord in the current economic and political climate.

The two most important considerations to landlords are ongoing maintenance and upkeep costs, cited by 83%, while 80% mentioned the potential to make a long term profit.

The least important factor was Brexit, with just 32% of landlords saying that it is a major concern. This was followed by 43% mentioning the upcoming tenant fee ban in England and Wales as a big concern

The research discovered that many UK landlords are going to keep going regardless of what these changes could mean, as 64% said they are unlikely to sell their property in the next year.

However, if the changes in Victoria and New Zealand are anything to go by, UK landlords will need to keep a close eye on the media and the motives of the labour party to ensure that the changes are being made fairly and that they are not being painted as villains.

If a similar story does play out, then UK landlords might be better off pulling their properties from the market before it’s too late.

Smart Strategies to Help You Invest in Real Estate

Property Care: How to Make Sure Your Landscaping Looks and Stays Amazing