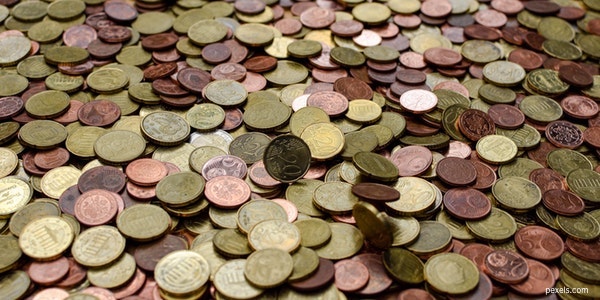 Investing is one of the best ways that many people can not only supplement their income but also earn a decent enough income that they can actually turn it into a genuine career. There was a time when the world of investment was one that a lot of people considered to be extremely closed off from the general populous. That only the very wealthy with millions to throw around on the trading floor and those with in depth knowledge of how things works could possibly be able to make a decent profit off their investments. However, all of that has changed over the last decade or so. That’s because things like the internet and smartphone apps have opened up the world of investments to everyone. You no longer have to invest huge amounts in order to get started, and it’s never been easier to find information on anything that might seem strange or confusing. Of course, just because things are easier than they have been in the past, doesn’t mean that all of the challenge and difficulty has been taken out of investing. There are plenty of pitfalls that many new investors tend to fall into, even now. In order to help you avoid that same fate, here are some of the most common investment pitfalls and how to avoid falling into them.

The reality is this: it doesn’t matter how much of a sure thing an investment seems, there are still going to be risks involved. No investment is ever a “sure thing.” If someone tries to tell you that it is, then they’re either horribly misinformed, or they’re trying to rip you off. Of course, just because there are risks involved doesn’t mean that you shouldn’t bother investing in things. It’s just important that you’re fully aware of the potential risks before you put your money down. Different investments have different balances of risk vs. reward, and it’s up to your personal judgment to decide what it is that you think you can manage and afford to potentially lose/gain. There are rarely correct answers in terms of how much risk you should take on; it’s all about making a personal call and being willing to deal with any potential consequences.

One of the most common problems that a lot of would be investors tend to run into is that they don’t understand the legal aspects of investing. One of the most common of these is in terms of the tax that you need to pay on your investments. It’s important to be as informed as possible, and you may even want to speak to a professional advisor to avoid getting stuck with any HMRC investigations. It’s extra work, and a lot of investors would rather not have to deal with it, but it’s much better to put the effort in to stay above board than deal with the consequences of any mistakes that you could otherwise end up making.

Now, if you decide to get stuck into investing as a method of earning a profit, then you’ve got to have a fairly ambitious personality. Without it, you’re never going to be able to put yourself out there enough to achieve the kinds of profits that you really want. However, there’s a fine line between ambition and foolishness, and you want to make sure that that’s a line that you never cross. If you get too ambitious, then you could end up biting off more than you can chew, or making rash decisions that have potentially disastrous consequences. You need to make sure that every investment decision that you make is as considered and thought out as possible. Otherwise, you could end up making mistakes and bad decisions that leave you losing huge amounts of money.

“Hang on a second!” You’re probably thinking, “I thought you were supposed to play it safe!” Well, while it is incredibly important not to let your ambition get the better of you if you spend all of your time playing things too safe then you’re never going to be able to make the most of your investments. Playing things safe might be a great way to start but there comes a time when you’ve got to be willing to take a couple of risks here and there. The difference between a great investor and one who doesn’t know what they’re doing is the ability to know when to take risks and when to step back. It’s like playing poker: to be a great player you’ve got to know when to hold and when to fold.

Not all investments are made equal, and not all investments are right for every investor. The key is learning to spot which ones are right for you. Often this can come down to your own personal experience. If you have experience in or knowledge of a specific industry, then you’re more likely to make the most of an investment in that than if you were putting money into something that you’re completely unfamiliar with. Similarly, different investments mature at different rates, so it’s important to think carefully about how you want your investments to behave. After all, if you’re trying to earn a small amount of money quickly, then it’s probably not a good idea to put your money into property.

Now, even with all of this advice, there’s no guarantee that you’re going to be able to enter the world of investment as a total expert. The only real way that you’ll learn and improve is to get stuck into it. Find something that you want to invest in and do just that. Sure, you’re likely to make a few mistakes here and there and not every investment that you make is going to deliver huge profits, but each time you’ll learn something new and develop the experience and skills that you need to start earning some serious profits. Over time you’ll be trading like a pro without even thinking about it. But you’ll never be able to reach that point unless you start somewhere!

Which properties Should You Be Investing In?