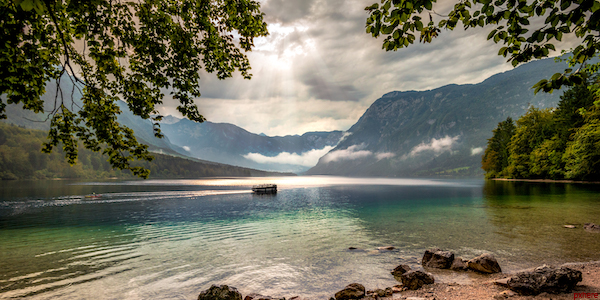 This Balkan country is known for its beautiful mountains, with ski resorts, lakes, and ancient architecture. It’s no longer the best kept secret of Europe and many visitors go a step further, and buy a home for their own use exclusively or to use for their holidays and when not in use, rent out on platforms like AirBnB.

While many countries are tightening the rules around home ownership by offshore residents, in Slovenia, it’s not such an ordeal. They’re still welcoming the offshore investment and hence it’s a popular country for homeowners and also tourist now there’s a lot more accommodation available.

Buying A Property In Slovenia Made Easier

In 2004, Slovenia joined the EU, and it meant EU citizens had equal rights to home ownership as its countrymen. In addition to its members there are three other countries that get the privilege.

Iceland, Liechtenstein, and Norway are not in the EU but they’re part of the European Economic Agreement or EFTA and this membership allows its citizens the same equal opportunities as their EU neighbours, including freedom of travel, improved residence and employment terms.

With more movement of people, Solvena’s property has been in hot demand, and not just from EU residents but also from citizens of other countries, many as far away as Australia and New Zealand.

Displaced citizens and their descendants, mainly due to the world wars have been keenly researching their ancestral lines to find a way to secure the many benefits of a EU passport. EU member, Lativa was very successful with hundreds of exiles and their descendants secured dual citizenship, which has in turn opened up the treasure trove of the EU, including the purchase of real estate.

And if that doesn’t work the next way in is to have a business in Slovenia or be married to a Slovenian national.

As the saying goes: Where there’s a will there’s a way. 🙂 Here’s a link to information on buying a home in Solvenia. It pays to understand the process and make sure you’ve got all the paperwork required. Property transactions and the legalities vary in all countries. Get legal advice and contact your team of locally based advisors so you know where you stand before signing a real estate sale and purchase agreement.

The Attraction of Slovenia

Slovenia is considered a safe country. In fact it’s one of the safest in Europe. It has a strong growing economy and stable modern democracy. These are the conditions that appeal to entrepreneurs keen to grow startups. With more business, there will be more demand for workers and no shortage of interest. Accommodation is key to house a growing population, so investment in property and business is a must. Solvenia is definitely ‘open for business’.

The natural landscape and architecture is similar to its neighbour, Austria. The country also borders, Hungry, Croatia and Italy.

Related Topics:Slovenia property investment
Up Next

Top Reasons to Move to Texas

Move Where? 4 Key Factors to Help You Figure Out How to Decide Where to Live