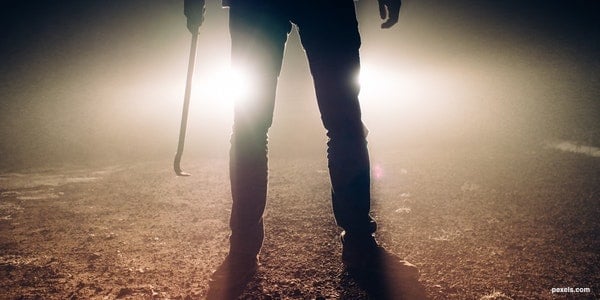 These days, scammers lurk around every corner.

Con artists have always existed. But, with the internet, it’s easier than ever to dupe people out of money. You have to be on guard at all times.

That’s especially true if you’re buying or selling a house. The real estate industry is a magnet for all sorts of scams.

It’s already stressful enough to move. The last thing you want is to lose your money at a time when you really need it.

How do you avoid these criminals? By knowing what to watch out for. That way you can spot a crook from a mile away.

Whether you’re a buyer or a seller, it’s important to stay aware of real estate scams that exist in the market today. Here are 7 of the most common ones.

This scam involves an agent claiming that if they can’t sell your house, they’ll buy it from you themselves.

This tactic is just a means of getting you in their office for the first time. They have no intention of following through with this promise.

Eventually, you’ll find out the terms of the agreement. The stipulations all turn out to be unreasonable. Like, the home price will go down significantly every day it doesn’t sell.

Once you read the contract and rightfully say “no way,” the agent will back track. They’ll suggest that instead, they’ll just sell your house the traditional way.

Keep in mind, this is different from companies like Anthony Has Cash. They aren’t trying to sell your property first. They’re just offering to buy it from you outright.

When buyers offer to pay above your asking price or market value, don’t fall for it. No one ever wants to pay more when they don’t have to. It’s usually too good to be true!

These people won’t buy your home for that price. They want you to be so excited that you impulsively sign the contract.

If you do, you can only sell that property to the named buyer for a certain amount of time. That’s true even if the buyer doesn’t pay up. But, instead of being able to sell it to someone who will pay, you have to wait weeks or months.

The hope is that after putting you on hold for months, you’ll become desperate. The buyer will come back to you and say they will only buy the house for a lower price. Because you want this over with, they have a better chance of you agreeing.

To avoid this scam, get proof of funds before signing a contract. Then ask yourself if it really makes sense that they’d be offering you a price above market value.

After a moving company has packed up all your belongings on their truck, they have a lot of power. It’s fairly common that an unscrupulous company will hold your stuff hostage.

Meaning, they demand more money than what you were originally quoted. You won’t get anything back until you pay up.

The Department of Transportation has lots of tips for avoiding this scam. One suggestion is to make sure a representative from the company does an in-person inspection. Offering an estimate over the phone is usually a red flag.

4. Hackers Posing as an Agent

One scam that has become increasingly trendy is scammers posing as agents. One way is by hacking into your real estate agent’s email.

They might find that you’re closing a deal on a house soon. Posing as your agent, the hacker instructs you to wire the payment to him. Except you’re just wiring it to someone else, and you never see that money again.

Before you ever wire money to an agent, talk to them on the phone first. If it wasn’t your really your agent, you’ll know right away. Plus, they will be aware that their email was hacked.

This scam happens all the time. Ever notice on Craigslist multiple posts for the same rental building? Those are generally scam listings.

These criminals steal pictures and information from legitimate listings. Then, they duplicate the listing with their information as the contact.

The scammer asks the potential tenant to wire the deposit over to them. After that, the person who’s been duped never hears from the scammer again.

To avoid this, check out the listing in person. Also research the company and make sure they’re reputable.

You’ve been handed the keys to your new apartment, and you exhale with relief. You haven’t been scammed and now you have the place of your dreams. Until you unlock the door and see that someone is already living there.

The scammers have your deposit and rent money, but you don’t have a place to live. How did they get working keys?

Easy. By breaking in and making a set. Again, always make sure to see a property first and research the management company.

Some sellers might run an inspection cover up. In this situation, they know that something is wrong with the house, like black mold. A problem that would keep you from buying it or would take a lot of money off the price.

Instead of spending the money to actually fix it, they’ll just make it look fixed. Then, they’ll lie on the property disclosure statement.

To avoid this, make sure you hire your own trusted inspector. If the inspector was hired by the seller, it’s possible that they’re in on it.

Beware of These 7 Real Estate Scams

These 7 real estate scams are all pretty prevalent. Always do your research and be careful about who you wire money to. If you’re vigilant, you should be able to avoid being duped.

Looking to buy a home and want to do it right? There’s more to think about than just dodging scams. To learn more, check out this article, 5 House Hunting Mistakes to Avoid.

Related Topics:buying and selling real estatereal estate scamstips on avoiding being scammed
Up Next

Earn a Living By Collecting Rent: 5 Steps to Becoming a Landlord

Choosing a Profitable Land Development Strategy for Your Property