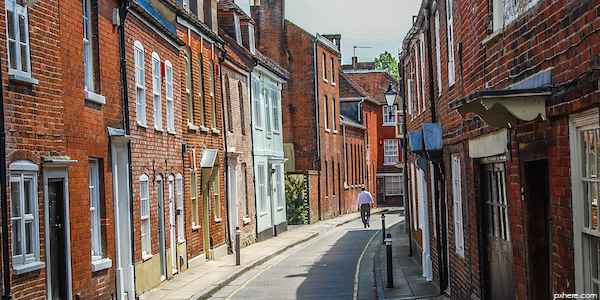 The outlook for the housing market in 2019 is being largely ruled by the looming departure of the UK from Europe in March. Deal or no deal for Britain is not really making a lot of difference – everyone is nervous and it’s evident in the economy and key markets.

There are already some challenges for the property market notably a lack of new homes, and the uncertainty of Britain’s fate will place further demands on the property market, so what can we expect in 2019, particularly with house prices and lending?

The fallout following the unexpected referendum result back in 2016, was keenly felt in the housing market. The main cities and notably London witnessed house prices stall and then fall and now the lack of confidence in the Government achieving a great deal for Britain, is likely to see a continuation of a sluggish housing market where some are predicting a 30 percent fall in house prices in London. However if by some miracle, Britain remains in the EU confidence will return. Though Teresa May has ruled out a second referendum so there really is only a glimmer of hope, this whole affair has just been a bad nightmare!

What we do know is property transactions in the South East and London fell by 20 percent in 2018, according to Neal Hudson of Residential Analysts research. This was in stark contrast to house prices in Scotland and the East of England where were up by 4.8 and 3.3 percent respectively.

Looking forward, while house prices in the South East are predicted to fall, the UK property market is said to rise by 3 percent in 2019.

The good news is, homebuyers who see it as the right time to get a property can time it right and make it happen. It’s been tough for first home buyers so this is welcomed news while it lasts.

The shortfall in new builds to meet demand is set to steadily push up the price of existing housing. So, make hay while the sun shines as incoming inflation and rise of interest rates will eradicate any gains in lowering house prices eventually.

Predictions see the Bank of England’s interest rate continue to rise in 2019, with a few rises throughout the year in 0.25 percent increments with the possibility of the base rate reaching the 1 or 1.25 percent level by the end of the year.

Depending on who you listen to an any given day, experts are predicting a range of rises and falls in the interest rate, so take it all in your stride and plan for the worst when securing a loan to buy your home.

The mortgage market has remained competitive over the past few years and that doesn’t look like it will change at all. All homebuyers should be reviewing their borrowing position and do a regular mortgage comparison to check lender products. Always seek professional advice before making any major changes and seek advice on your particular situation and what is the best approach for you in 2019.

Interest Only Vs Repayment Mortgages