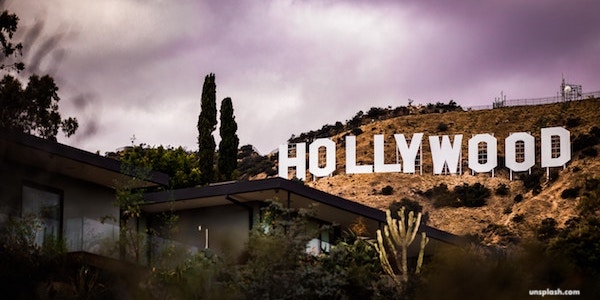 Considering the size and scope of the United States, it’s almost strange to consider it a single country. What works in one place is never guaranteed to work in another, with places which are only a city or two apart having completely different values and aspects which change the way they work on a drastic scale. This makes the real estate market in this part of the world extremely challenging to get into. To solve this problem for you, this post will be exploring some of the key regions in the US, giving you an idea of what each has to offer when it comes to property development.

The Western region of America covers a larger area than any other, and this makes it the perfect place to start. Being home to some of the most popular tourist cities in the country, like Los Angeles and Seattle, it is often seen as one of the cooler places to live if you want to relocate. Industries boom in this region, with areas ranging from technology to farming, along with everything in the middle, being very prolific. As a very big selling point for this part of the country, it is home to some of the largest and most numerous national parks in the world, and this makes it great for nature lovers.

With everything it has to offer, The West can be one of the more expensive places to live in the US. In California, for example, house prices can cost more than double what they would on the other side of this landmass, and this isn’t always a draw for people buying houses. As an investor, though, this shouldn’t worry you too much, as property prices tend to rise and fall at percentage rates. This means that spending more when prices are low will give you a much greater return if they go up again. It’s important to consider how this has changed over time, though, as this can greatly impact what you choose to buy.

It’s always good to think about the way a place looks and feels before you decide to buy property there, even if it’s purely an investment. The West won’t disappoint in this area, with the sunny beaches, huge mountains, and vast forests making living in Wyoming equally as pleasurable as living in the heart of Oregon. You can expect to feel a wide range of different temperatures when you’re thinking about this part of the country, as some areas are hot deserts, while others are frigid mountains. While this makes it tricky to choose, it gives you a lot of freedom when it comes to avoiding extreme weather.

While it may not be quite as big as The West, the Midwest region of the US still has a lot going on. Most people have heard of the city at its heart, with people flocking from the world over to see what Chicago has to offer, and it’s more than just great pizza. This part of the country is largely landlocked, meaning that it doesn’t have any shores which touch the sea. Unlike most of the US, this means that settlements appeared here as a way to move goods across the country, rather than to source them. This has changed over the years, though, with this part of America becoming the most heavily farmed there is, with trades ranging from cattle ranching to wheat growth.

The Midwest is one of the best places for new investors to put their money when they are looking at property. While house values here don’t change all that much, they tend to be lower than many of the other regions in the US, and this makes them very secure when you’re still learning about the markets you’d like to get into. Along with this, while it doesn’t seem to offer much modern work on the surface, places like Cincinnati are always growing and developing to welcome new industries which make it easy to find young people to sell your property to once you’re done with the investment.

There are few places in the USA which are as stunning as the Midwest. With lush forests spreading for hundreds of miles, along with pristine farmland and even large lakes taking up much of the scenery, few people will be able to resist it’s draw once they’ve paid a visit. Some people will be put off by the prevalence of Christianity in this area, with the “bible belt” making its way into the Midwest’s borders. For others, though, this could be a welcome demographic, and it won’t be an issue at all. Either way, it will be a struggle to draw yourself away once you’ve made an investment here.

The smallest region in the US is the Northeast, with the area being most famously known as the home of New York. This part of the country is littered with popular culture, great nightlife, and even offers a glimpse into some of America’s biggest industries; like TV and business. Along with this, though, you’ll also find plenty of history in the Northeast. The declaration of independence was signed in Philadelphia, and the first modern computer was born here, creating an eclectic mix of different stories which will appeal to loads of people, regardless of what they like.

Being home to so many large and important cities, the prices of properties in the Northeast are fairly high compared to the rest of the US. New York, for example, is one of the most expensive places to live throughout the entire world, but a lot of people wouldn’t give up their home there for anything. The market tends to move very fast, making it great for investors looking for a quick buck. Of course, though, in the world of investment, speed also brings risk with it, and this is something well worth keeping in mind. Once you leave the cities, property gets much cheaper.

The Southern States in the US are well known for their conservative values and swampy climates. Of course, though, like anywhere in this massive country, places like Florida and Texas aren’t what they may seem on the surface. Technology plays a large role in the industry in this part of America. Along with this, loads of sports, cars, and other traditional markets are very big in this area. Like the Midwest, there is a lot of religion in this part of the world, making it a draw for some people, while keeping others away. Whatever your preference in these areas, though, you will still find a great place to invest if you choose the South.

Florida is often considered America’s retirement state, with a lot of elderly folks finding their way there once they have finished with work, creating a large market for properties which is always growing a changing. On a different page, a lot of development is being done in states like Texas, making them great for those looking to tackle newer markets. Whichever option you choose, it shouldn’t be too hard to sell in the South, with people always looking to relocate to this part of the country thanks to their diverse farming and automotive industries.

Depending on what you want out of your property, The South could have exactly what you need. Climates range from mild to hot, without ever getting too cold, making them great for people who’d like to live comfortably. Along with this, you can find a huge range of stunning scenery in the South, ranging from arid deserts to lush woodland. Of course, though, you can’t forget the swamps, as this is what a lot of people will visit this part of the world to see. There are few places around the globe with quite the same amount of diverse landscapes.

The US is a place with a lot to offer real estate investors. If you’re willing to do your research, you can find yourself a property which will not only match your budget and need for space, but will also have everything you want to access within easy distance. This is very rare, especially for a country which is so new.

8 Benefits of Hiring a Realtor to Score Your Dream Home