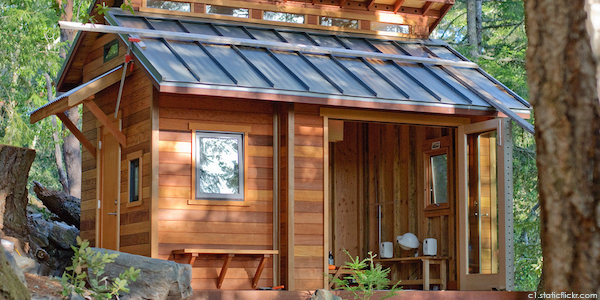 It’s one of the great quandaries of the millennial generation; how to secure the capital to buy their own home so that they can achieve their goal of financial independence while escaping the escalating costs of the private rental market. The rising cost of under regulated private rent is becoming increasingly untenable for young people at the start of their career, consuming an increasingly large proportion of their income making savings an increasingly difficult prospect. Indeed it’s estimated that millennials spend three times more of their income on housing than their grandparents did. Yet, despite the fact that the economic deck is stacked against them, a simple lifestyle choice can see an entire generation find housing more affordable than they’d ever dare dream. All they have to do is make a single lifestyle choice… Embracing minimalism

If you’ve seen the documentary Minimalism: A Guide to the Important Things, it raises some insightful if uncomfortable truths about our increasing dependence on the acquisition of material possessions to bring us happiness. It exposes the radical change in our lifestyle habits since the consumer boom of the ‘80s and ‘90s and the way in which accumulating material possessions has become an inescapable trap that we seem unwilling to break away from even when it prevents us from being truly happy. Look at any teeming high street on a Saturday afternoon or stand to one side to see the borderline barbaric behavior at your average Black Friday sale and you’ll see a testament to how hopelessly dependent we’ve become on consumerism.

Let’s face it… We all have too much stuff

So, what does all this have to do with property? It’s a fair question. The more stuff we accumulate, the greater our needs in terms of living space. We buy a bookshelf, a sofa, a coffee table, a runner, a desk, several lamps and before we know it we need to upsize our accommodation not to accommodate our needs, but to accommodate the stuff we’ve amassed. Yet, if we carry on at this rate, we’ll never be able to afford the kind of spacious, well appointed living space we deserve, especially if you have any hopes of buying in a major conurbation.

Fortunately, by changing our expectations of our living arrangements slightly we can have the home of our dreams at a fraction of the cost.

Despite some state government efforts to box them out, there are numerous modular and mobile homes for sale that give you the standard of living and design that you’d expect from a half million dollar luxury apartment for less than $40,000. While these homes tend to be smaller than your average apartment or condo they do come with some inventive solutions to help residents make the very most out of their space. Modular homes can also be built quickly in a matter of weeks rather than months and because of this it’s easy and affordable to build a home to your exact specifications.

Minimalism also results in a less cluttered more peaceful living space that’s enjoyable to spend time in and easy to sell on. So next time you’re worried about being unable to afford your own home… You should think a little smaller.

3 Different Types of Home That You Can Buy

7 Questions You Need to Ask Before Buying a Condo