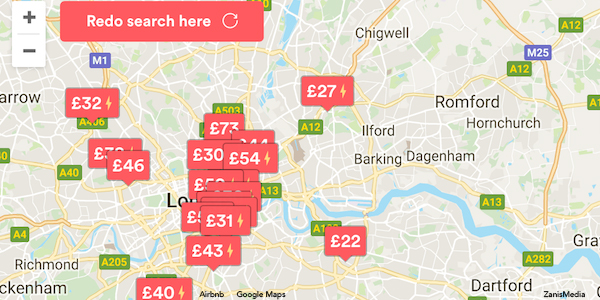 The growth of Airbnb as a global broker for short-term rental agreements has been incredible. In turn, it has enabled property owners from almost 200 countries to make extra money. Whether you’re a professional landlord or a private homeowner doesn’t matter. The ability to advertise a property to over 150 million users at the click of a button has made the process of securing short-term tenants easy for all.

Moreover, changes to various laws and taxes have made it a more appealing for landlords to take this route over traditional methods. The versatility means that renting out a room or entire home can be achieved on the owner’s terms, and those financial rewards are very hard to ignore.

However, they aren’t the only people making money from the Airbnb platform. Tenants are also making the most of those facilities, and it could bring huge consequences for the property owner.

How Are Tenants Making Money?

Airbnb is a great platform for advertising short-term rentals, but the online facility is open to malicious behaviour. It isn’t the company that suffers, though. Instead, it tends to be the property owner, which is arguably why it’s so easy for tenants to take advantage.

The most common way for tenants to take advantage is to move into a property, and then promote it on Airbnb at an increased cost. This enables them to make a profit without even owning the property directly. Moreover, without being the landlord, they often escape many of the responsibilities.

Studies show that short-term rentals generate a significantly higher figure. In fact, a tenant could cover their rental costs and make money even if the property in question is only occupied for 100 days of the year. For those who can find tenants for at least half of the year, the financial rewards are potentially huge.

Devious tenants can also take the option of sub-letting a percentage of the property. This route will often allow them to cover their own rental costs without needing to vacate their room. Essentially, they get a place to stay for free while making a little money. And when the advertised rooms aren’t advertised, they’ll have an even bigger space to enjoy.

Given that Airbnb encourages hospitality rather than only renting spaces, this avenue can be appealing. If nothing else, it makes it easier for them to control situations to ensure that they don’t get caught.

Why Is It Damaging For Landlords?

At a quick glance, it may not feel like this is a major problem. As long as the landlord is making their money, it shouldn’t matter what the tenant is doing. The fact that the landlord doesn’t have eyes open to the opportunities of Airbnb is his own problem, right? Wrong.

First and foremost, the activity of the tenant is fraudulent and illegal. Moreover, there’s a very strong possibility that it is against the rules of the homeowner’s agreement with the mortgage lender. Even if the landlord is partly the victim, they could be fined thousands too – along with the dishonest tenant.

Furthermore, increased quantities of short-term tenants make the properties more vulnerable to damage. After all, the tenant who is making money isn’t going to be bothered by cosmetic damage to the building. As long as they’re making their money from their landlord’s property, they’ll be ecstatic. For the landlord, though, simply not having track of who has been living in the property can open many issues also.

In extreme cases, illegal activities taking place on those residential premises could land the landlord in hot water also. Financially, legally, and morally, the damage can be huge.

The fact that Airbnb offers bad tenants a chance to make money should tell landlord’s a lot. Most importantly, it highlights that their current ventures probably aren’t the most lucrative. Of course, using the platform does have its downsides, but the huge earning potential cannot be ignore. Evidently, in many cases, the landlord may be better off using the services themselves.

For those that prefer the backseat approach and steady income of traditional deals, these issues should be an eye-opener. Taking the necessary steps to find trustworthy tenants should be top of the agenda. Meanwhile, it doesn’t hurt to check Airbnb for listings in the area to ensure that your property doesn’t suddenly appear against your wishes.

Property rentals and ownership is big business, and it is vital to every landlord’s financial future. If that isn’t an extra incentive to take special care, then what is?

Landlords Use of Airbnb