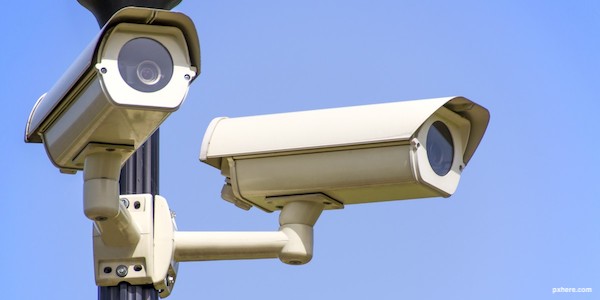 Security for offices is important because they’re often left unattended for many hours in the evening and overnight, along with all weekend. For offices that don’t have a security guard, remote security systems that can provide motion sensors, window and door sensors, live camera feeds, and other benefits that puts the business owner at the controls.

Protecting company assets is important. There may also be proprietary systems and company secrets that a business owner doesn’t want circulating. Obviously, there’s also the value of the assets inside the office such as computers, servers, desks, and stock inventory to protect too.

Let’s look in more depth at the business security systems available from ADT.

Using ADT door and window wireless sensors, it’s like a security guard is always watching every point of vulnerability at the same time. While it’s not practical to have a camera pointed at all the doors and every window, with full entry detection systems, the business owner can be alerted on their smartphone should a door or window be opened unexpectedly.

The sensing devices attach to the door and door frame or window and window frame are small. They’re barely noticeable, which is the idea. Even if a burglar does manage to get the window or door open by sliding an object inside the frame and levering it to create a gap, should they gain entry, an alert is immediately sent out. Given that about one-third of burglars enter a property through the front door, this makes sure that area is covered too.

With ADT entry sensors, there’s not just one type. Sensors can be wired or wireless. Having the choice is useful in business premises where there’s a lot of wireless interference making this type of system less reliable. However, most business will likely prefer the wireless sensor models. There’s also a choice of design with some sensors being longer and slimmer, whereas others fit into a recessed area to go unnoticed.

As an authorized ADT dealer, Zions Security Alarms provides a full range of security systems, surveillance equipment, and access management, along with efficient alarm systems too. Using a mobile app, it’s possible to view multiple live camera feeds on a tablet to see high-definition images of four locations at the same time.

Situating cameras at key locations around the building, like the windows that face the street, the front door, the stairwell and the lobby, anyone who enters the building after hours (or during office hours) is visible on camera. Consider what are the most important spots to get coverage, so the installation is smooth without cameras needing to be repositioned later.

You can have an interior siren that emits an extremely high decibel siren to let anyone in the vicinity know that the premise has just been broken into. Sometimes this is loud enough to scare off someone who’s just broken into the building who wasn’t expecting their actions to become quite so public. They might also believe (correctly) that the local authorities would have been contacted because the alarm got triggered, making continuing the office burglary a much higher risk now.

Motion sensors are the next line of defense for an office. You can never know how someone will access the building. Sometimes it’s the last person left on the floor who decides it’s a good idea to try to access the CEO’s office after hours. A little corporate espionage perhaps or just natural curiosity to see what they can discover.

For business owners, the threat isn’t just from the outside. There’s plenty to worry about inside the building too. That could be from visitors who are left unattended and go wandering around or from employees who have less than honest intentions when unsupervised.

Using motion sensors protects a single office or an area within an office. It sets off an alert when someone walks through the area or enters a private office, even if the door wasn’t closed and locked as it should have been. The degree of sensitivity is adjustable to avoid false positives too. For owners and co-workers who bring their dog into the office, ADT motion sensors have a sensitivity setting to adjust for movement by a pet weighing up to 80 pounds, which rules out just about every human.

Alerts are sent out to a smartphone to let the owner know when a sensor has just been triggered. With ADT systems hooked into a network of cameras, it may be possible to view the person who has tripped the motion sensor if the cameras are positioned well.

Managing an office alarm system is easier when using the convenient ADT key fob. There’s no security code that you must remember to enable or disable the monitoring system either. One button press is all that’s required to arm the alarm system or to disable it. There’s also a panic button included with the key fob which can alert the authorities to a problem, which they can attend the property to investigate. The battery lasts about half a decade, so there’s no worrying about a battery cutting out at an important time. A battery alert system is also present.

The smartphone also provides access to other security features like cameras feeds to see what’s going on at the office. If an alarm has been triggered, it delivers access to the system remotely. It’s also possible to talk into the microphone and be heard from the security keypad too.

For business owners, the loss of assets, damage to property and disruption to the normal business operations are some of the main concerns with a break-in. Knowledge of a burglary might well shake up the owner but also some of the staff who never expected it. Protecting proprietary information and other assets stored on the business premises is also important for the continued operation of the company. Investing in business security is essential if you don’t want to lose what’s been built up.

How to Make Your Home More Eco-Friendly