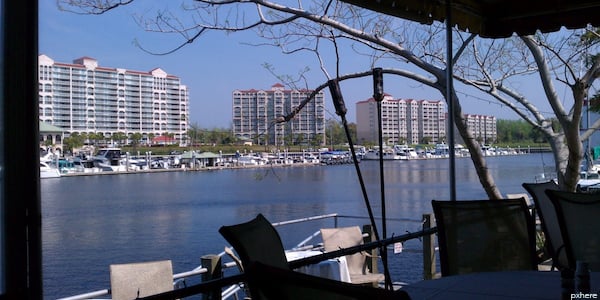 Myrtle Beach is Filled with a Rich History

A hotspot for tourists, Myrtle Beach sits on the East coast of the United States and attracts 14 million visitors annually. The area is filled with history dating back to the first inhabitants, the Waccamaw tribe. Little River and Waties Island were hotspots for natives, who used the river for travel and fishing. Shell mounds and burial mounds still exist along Long Bay’s barrier island.

Europeans arrived in the area in the 18th century in an attempt to push the plantation system out further. The Grand Strand area remained primarily uninhabited, as the sandy area wasn’t an ideal option for growing crops. Land grants were handed out to families that chose to live in the remote area.

George Washington stayed in North Myrtle Beach during his travel to the Southern states, and the Withers family that lived in the area was swept into the water during a hurricane. This led to Burroughs & Chapin buying the land and building a railroad in 1900. The railroad was primarily a lumber operation, but it led to tourists going down to the Grand Strand on weekends. This led to the tourist-centric Myrtle Beach that tourists know and love today.

There are numerous reasons investors are choosing Myrtle Beach:
1. Pricing. Oceanfront properties are still reasonably priced in Myrtle Beach. The area is the fastest growing area in South Carolina, and it’s one of the fastest growing counties (Horry County) in the country. The trend is expected to remain the same over the next decade, so it’s a great time for investors wanting oceanfront opportunities at a modest cost.
2. Entertainment. Myrtle Beach is home to numerous beaches, including Myrtle Beach State Park, Litchfield Beach and Huntington Beach State Park. Ample shopping options are available at the Coastal Grand Mall and Broadway at the Beach. Restaurants offer food for every taste, with Carolina Roadhouse and Margaritaville being go-to choices.
3. History. If you want to explore the history of the area further, there are National Historic Landmarks at your fingertips. Hopsewee Plantation and Atalaya and Brooksgreen gardens are two great options. And don’t forget to visit the Civil War Museum while you’re there.

A top tourist and vacation city in the United States, Myrtle Beach offers cheap investment options that are more affordable than Florida and other southern destinations. Property taxes remain low and the rental market is in high demand in the area.

Related Topics:myrtle beach historyproperty investing in myrtle beach
Up Next

Questions to Ask Before Closing on a House

The Smart Way to Make a Home Purchase in Houston