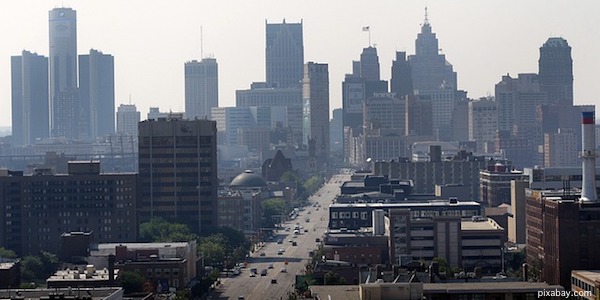 Advantages and disadvantages to investing in the Motor City

It hasn’t been that long ago when headlines were shouting that it was possible to buy homes in Detroit for $1. One dollar, for a home. Granted, there were problems with the houses, and city services were anaemic, settlers were living in many of these abandoned houses, but it was shocking to find in the United States, let alone a major city like Detroit.

Let that sink in for a second—homes, for $1, in a significant urban center.

Sure, there were caveats. Unless you bought the property during the latter half of the tax sale in Detroit, you were responsible for back taxes. Houses had to be improved. Absentee owners were not allowed. But, the overriding theme was that Detroit was in such bad shape that homes were worthless.

The housing market in Detroit reflected other problems the city had and still has, but there is some light at the end of the tunnel. Even though prices are rising, Detroit is becoming more appealing to real estate investors.

The reasons for the upsurge are varied. There are more empty-nesters looking for affordable one- and two-bedroom homes. Gentrification plans are working in many of the neighborhoods that were considered lost a few years ago. And, of course, investors brought money and new owners into many of these neighborhoods.

Although there are still parts of Detroit where home prices are still at the rock-bottom, much of the city is becoming stable. For home buyers and investors, much of the hard work has been accomplished and, now, many Detroit neighborhoods are both affordable and growing.

The truth about buying a home in Detroit is that the house itself is one of the least important issues. Parts of Detroit have seen home values double in the last year while other parts remain at rock bottom. Knowing where you want to live is vital for getting a good deal.

Everything about investing in Detroit comes down to doing your homework, understanding the market and the city, and doing the legwork to ensure that you are not being taken for a ride.

Investing in Detroit is like investing anywhere, but the payoff can be significantly higher as the risks are much more significant. The problems, however, are undeniably challenging. As experts in Detroit property management, has the following advice for investors, “Get a good property management company that has deep roots in Detroit. Whether you are a local or from somewhere else, Detroit’s market has a unique set of challenges that are difficult to qualify. Expert help is essential.”