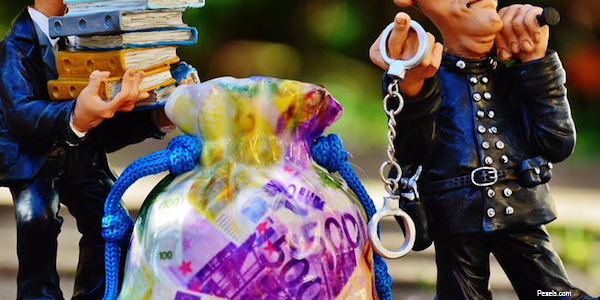 For a long time now, the world of real estate has been the perfect vessel for the laundering of money. Criminals and shady figures with something to hide have been using the purchasing of homes and properties as a way to launder money discreetly. Of course, this is not good for law enforcement, and it helps people get away with what are quite often serious crimes. But there is now something of a fightback on, as governments around the world are now going the extra mile to make money laundering in the property market more difficult.

America has taken one of the biggest steps forward when it comes to fighting money laundering. They have introduced a Magnitsky Law. This stops people suspected of corruption from entering the country. This means that these people will not be able to gain access to the US property market, and won’t be able to launder their money there. It’s a hard-hitting measure, and the country can also freeze the assets of those people thought to be carrying out money laundering or other forms of corruption. There is now pressure on other countries to take similar steps.

In the last few months, there has been a big drive towards shutting down corrupt activities, including examples of money laundering in the property market, in the UK. A new bill includes something known as an unexplained wealth order. This will force anyone suspected of corruption to reveal the sources of their wealth. This should add some more transparency. And one of the direct consequences of this renewed crackdown will be the seizure of properties that have been used to launder money and hide sources of wealth. This came about as a result of the tax haven leak known as the Panama Papers, which uncovered evidence of massive corruption and tax avoidance.

In New Zealand, there have been certain anti-money laundering laws in place for a long time. But what’s happened recently is that these laws have been extended in order to cover estate agents and property companies. This goes to show how concerned governments around the world are about real estate being used as a vehicle to launder money. If New Zealand succeeds in cutting off this common money laundering route, there will be many other countries looking at them as an example of how to stamp out the problem and regain control.

In recent years, China has had big problems with corruption and money-laundering. As the country has increasingly embraced pro-market reforms, there is a small elite who have managed to get incredibly rich in a short period of time. This has resulted in corruption and cronyism on a grand scale. A symptom of this is the richest people in China buying overseas property in order to launder money, even though buying foreign properties is actually illegal in China. Because of new measures, it will now be a lot harder, maybe impossible, for Chinese people to transfer money out of the country to buy foreign properties.

Canada is another country taking direct steps to crack down on bad practices in the real estate industry. There are now new regulations coming into force that will hit as many as 20,000 Canadian businesses in the real estate sector. That’s a lot of companies, and although most of them won’t be doing anything wrong, the regulations aim to target the ones that are. When businesses are suspected of wrongdoing, an on-site inspection can be carried out, and fines can be handed to companies as well. It’s hoped these harsh measure will yield positive results.

Hong Kong has its own problems with corruption and money laundering, and they’re not the same as the ones found in mainland China. Transparency, or a lack of it, has become a big problem in Hong Kong. This has made it easier for the property market to be used for nefarious ends by people who want to launder money without getting found out. New corporate disclosure laws aim to end all that, however. They also aim to stop the prevalence of shell companies, which are often used to hide money, from operating in the region. This is another consequence of last year’s Panama Papers revelations.