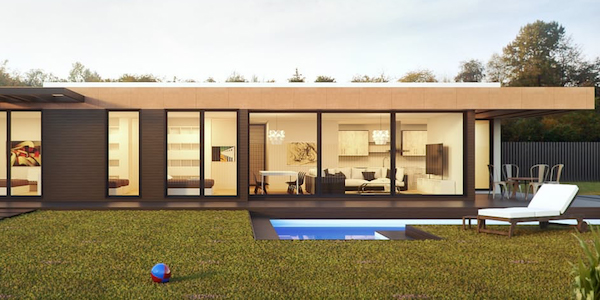 A severe skills shortage in the home building industry in the UK and elsewhere around the world could be a huge opportunity for innovative start ups. Telegraph reports the construction industry in the UK needs 400,000 workers a year for the next five years to meet the demand for new homes and that would require hiring a worker every seven seconds for five years.  Clearly this is unrealistic and Britain is not alone with their struggle to attract new recruits to the construction industry.

Modernising the industry however could be the answer.  Using technology and robots to build homes in factories not on site will reduce the need for skilled labourers.  A quarter of Britain’s labourers are immigrants and with Brexit looming the supply shortage is set to worsen further still.  The industry needs to evolve from ‘old school’ to modern construction.

In Japan pre-manufactured homes are on the rise.  It’s an industry that has been steadily growing for years and Tokyo is now producing as many new homes per year (140,000) as the UK but with less manpower.  In New Zealand  there has also been a steady increase in offsite home construction.  Start up pre-construction firms have been encouraged by Government with attractive incentives for first home buyers who get a better deal buying new in new developments areas usually on the outskirts of cities.

A steady increase in migrants over the past few years particularly in Auckland has now all but locked out first home buyers due to the huge rise in property values.  There are now more than ninety suburbs in Auckland with an average property value of $1 million (NZD) up from just 36 suburbs in 2009.  So in seven years Auckland has tripled the number of million dollar suburbs.

Home buyers need to provide a twenty percent deposit for a home they will live in and on an average home in most of Auckland it would be a minimum of $200,000.  Pre-constructed homes are a lot cheaper to construct and quicker to come online.  First home buyers are choosing to get onto the property ladder with these homes rather than putting off a purchase on a more expensive property.

Mark Farmer is one man is on a mission to modernise the building industry in the UK.  He is the author of Government report on the skills crisis and he is not holding back saying the industry must  “modernise or die”.  The UK has an ageing population and a lack of new entrants in the construction industry so radical change is now the only answer and the solution should come from within the UK.   Change is already unnerving the industry which must evolve with the support and commitment by all stakeholders.

On a happier note, the construction of six pre-fabricated home construction factories by Chinese firm – China National Building Material Company will add thousands of new homes every year.  It’s come about via the formation of a joint venture with a housing association ‘Your Housing Group’  and renewable energy specialist called ‘WElink’ and the six factories have the potential to produce 25,000 homes per year by 2022 says Construction Enquirer.

There are smaller local start-ups getting in on the action producing a much higher quality product which is changing home buyers’ perception of the product.  Today these homes can be very high spec, high tech and worth up to £1 million.

Related Topics:constructionprefab homes uk
Up Next