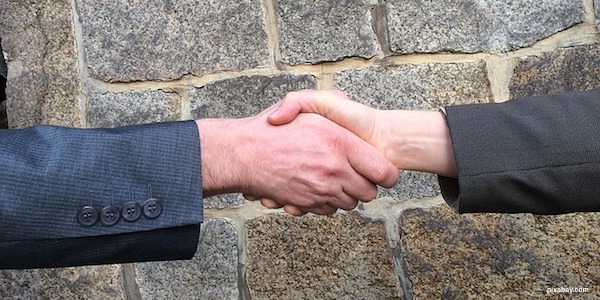 Companies don’t buy office space, so a lease is a perfect compromise. It allows the firm to grow and expand while looking professional. That’s great, but not everything goes to plan. As a rookie, you may realise that the terms (cost) of the agreement aren’t beneficial. Or, it may just be that new property in a better location pops up and you want to make a move. Sadly, the lease is a legal bond and prevents both parties from doing anything illegal.

Some organisations stick it out and wait months and years before cutting ties. As commendable as it is, this option is potentially damaging to the company. It isn’t unknown for a commercial property to affect everything from debt to revenue. The trick is to find an exit as early as possible, and the following tips will help.

Here are the options to consider.

This isn’t a figure of speech. Contracts often include ‘breaks’ which allow either party to end the terms early. For example, the landlord may include a rule that says gross misconduct will result in the termination of the contract. Deliberately provoking him or her isn’t an option, though, because you will need a reference. Plus, there is a less messy alternative. Look for a clause that states the lease ends after a certain period. As weird as it sounds, plenty of commercial properties are only contracted for 6 to 8 months. After that, the agreement is a rolling one and the tenant or landlord can give a month’s notice before breaking the conditions. Check the lease for any sign of a break and, if you find one, adhere to the rules and regulations.

The chances are that you will want to leave but the landlord won’t be on board. This situation plays out of all the time because the property-owner has the power. Why would he or she want to find a new tenant and risk losing money? The answer is to make more money. Look at it like this: a pay off and a new client are more lucrative than a disgruntled occupant. Not only does a ‘golden handshake’ present an opportunity to make some dough, but it also negates future hassle. Of course, you don’t want to pay a small fortune, which is where negotiating comes into play. The landlord will want the outstanding amount in full, but you should start off by offering a third. Then, slowly increase until the figure reaches 50% of the total amount.

Basically, an assignment is a person or entity that is willing to take over the terms of the lease. Things to note are that the landlord will have to be involved in the process and will want to okay the final decision. Before it gets to that point, you have to make the property as appealing as possible. Start by renovating and turning it into a haven for small business owners. Tunable lighting and automated processes such as a virtual secretary are modern and practical at the same time. A pool table and coffee machine, on the other hand, are blatantly meant to wow. You can go the other way and clear the entire office so that it is a blank space in which they can imagine working. Remember that guarantees may be required, which is why you want to keep them to a minimum.

Assigning a lease can be dangerous so sub-letting is usually a safer option. All you have to do is find a tenant that will cover the bills. Be sure to check their history and financial records before committing. Once they are in, they can be hard to remove even if they don’t stick to the terms. After all, it may not be legal in the strictest sense of the word. Always tell the landlord because you don’t want an awkward standoff. If they are happy, you can start a search.

First, let’s start by saying you should avoid this option like the plague. Terminating a lease means you are liable to pay the contract in full before leaving. Considering the cost of renting a new property is high, surrendering could put the business in jeopardy. However, sometimes there are no other methods at your disposal and all you have is a last resort. If terminating a deal feels like the right thing to do, make sure you limit the damage as much as possible. Also, don’t enter into a new, long-term agreement straight away.

Are you looking to negotiate an early exit? Will any of the tips above help?

What’s going to impact the valuation of a residential property?