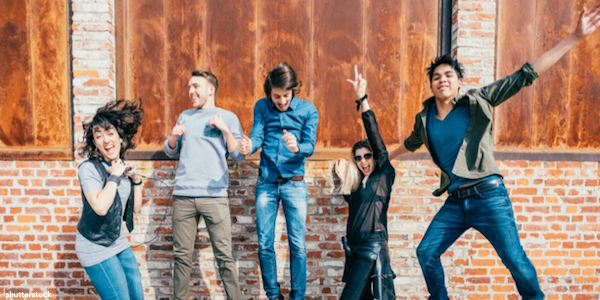 Millennials aren’t those snot-nosed teens anymore – now, they are those snot-nosed adults moving into management positions at a record pace. As millennials finally find career stability and success, many are considering settling down to start families, which for most means buying a home. However, unlike Generation X, millennials aren’t looking to expensive, packed, urban environments; instead, most young adults are homesick for the suburbs, where the cost of living is low and space is plentiful.

The only problem is that most American suburbs don’t offer millennials the amenities they crave: walkable neighborhoods, old construction, and nearby cultural events. Specifically, most don’t offer those amenities and the low, low home prices that millennials need most of all. Fortunately, there are a few neighborhoods around the U.S. that are unspeakably cool and reasonably affordable, and here is the cream of the crop:

Colorado has a lot to offer millennials, with its vast natural spaces and legalized weed. Unfortunately, Denver – the state’s cultural and financial epicenter – has a high cost of living, so many millennials cannot afford to live too close. Inverness, a suburb about 15 minutes from Denver’s downtown, offers slightly lower home prices, but more space and better views than millennials are likely to get in the middle of the city.

While bright-red Texas might generally lack a sterling reputation amongst left-leaning millennials, Austin is often touted as the Portland of the South: relaxed, progressive, and utterly weird. Wells Branch, a suburb about 25 minutes from Austin’s core, benefits from the city’s booming economy and eccentric culture. Median home prices here are around $250,000, which is especially good for property so close to the country’s best city.

Dallas’s enormous job market is pulling millennials from around the country, so many communities around the metropolis are cultivating a younger, hipper vibe. Addison is about 20 minutes from the heart of Dallas, and it is one of the most affluent suburbs on this list. Dallas in general tends to have more glitz and glamor than most millennial-heavy cities, but Addison offers lower home prices compared to the rest of the area, so millennials in the DFW region should consider settling there.

When it comes to home mortgage rates, NJ beats NYC every time, so most millennials are buying property outside the Big Apple in up-and-coming areas like Hoboken. Just a few years ago, Hoboken was a dangerous suburb of Newark, New Jersey, but as poor and enthusiastic millennials moved into the cheaper spaces around New York City, Hoboken has transformed into a vibrant community. Plus, Hoboken’s views of New York’s skyline are utterly matchless.

Chi-town is one of the most economically and culturally diverse cities in the U.S. The heart of the transportation industry, a hub for most Fortune 500 companies, and a headliner for the country’s best comedy and theater, Chicago offers it all – except beautiful weather. Schaumburg is a relatively small suburb, about a half-hour from the Magnificent Mile; not and large as settled as other suburbs, this region has median home prices at about $210,000.

The Los Angeles metro area is unbelievably large – almost 5,000 square miles – and there are so many suburbs that finding available property isn’t terribly difficult. However, what is challenging is finding good-quality, affordable property that isn’t hours away from L.A.’s best cultural sites. Hermosa Beach is just 40 minutes from downtown L.A., and it offers the laid-back, open-minded vibe that draws millennials to the West Coast. With a median over $1 million, home prices here are far from cheap, but they are some of the best so close to L.A.

While perhaps not as hip as Pennsylvania’s other big city, Philadelphia typically has more to offer millennials looking to settle down. The City of Brotherly Love has a booming economy, which means job growth and improving real estate options. In Conshohocken, a suburb about 25 minutes north of Philly’s downtown, millennials will find homes for about $270,000 – and a thriving community of young professionals looking to connect.

A few years ago, early millennials flooded Washington, D.C., eager for its low cost of living and high opportunity for social impact. Now, there is an exodus of those same millennials, who are heading for more secluded suburbs away from the current administration. Arlington, Virginia has long been one of D.C.’s most affluent suburbs, but recently the exceedingly wealthy have migrated to the north. About 35 minutes from the nation’s capital, southern Arlington is ripe for millennial invasion with median property prices around $630,000.

Working From Home: What You’ll Need When You’re Looking For A New Property

The Modern Way to Market Your Properties