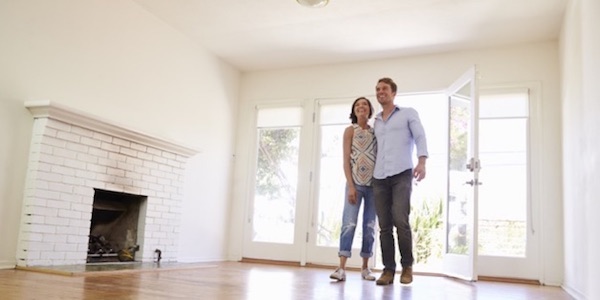 You might be thinking about investing in your very first piece of property. This is an exciting time, and many people love the idea of owning their own place in this world. It can also, hopefully, lead to greater, grander investments in the future.

For instance, you can decide to grow your profits by investing in another home after that and then another. Perhaps, you will start with your first home and then move on to a buy holiday vacation villa. But we’re getting ahead of ourselves. Before you decide to invest in property, there are a few important questions you must answer.

Are We In A Housing Bubble?

This is by far one of the most important considerations that you should consider before you choose to buy property.

When the house prices rise for artificial reasons, the outcome is somewhat inevitable. Eventually, the market crashes because supply outreaches demand, and house prices drop through the floor. So, you want to buy after the bubble bursts, not before. If you buy before the bubble bursts, you might spend a massive amount and never seen a return on investment.

So, are we in a housing bubble? This will, of course, depend on the area that you’re in. Housing bubbles can be localised and won’t always be dependant on the international or indeed national.

As such, you will have to look at home prices in the area where you’re thinking about buying. If they have been steadily rising over time, this is a clear sign that, yes, that area is experiencing a housing bubble. However, it’s very difficult to know when exactly the bubble is going to burst. That’s why you should look at stats showing just how many speculators there are on the market. If there are a lot, don’t buy right now. Wait a couple of years, and you’ll see home prices drop through the floor.

Can You Afford The Mortgage Repayments And Other Bills?

Do you want to know one of the main causes of debt in America? Perhaps unsurprisingly, it is, in fact, buying a home. A lot of people think this is due to unexpected bills. It’s true, and if you’re moving from an apartment to a house, you will see a rise in home bills. But it won’t be enough to drive you into debt. The main issue here is actually the mortgage repayments. They can be a real killer with the average mortgage repayment costing quite a bit more than buyers typically expect.

This also depends on the percentage you put down as a deposit. The minimum you can put down is five percent, but some people determine this to be the set standard. That’s a mistake because, actually, experts suggest you should be aiming to put at least twenty percent of the asking price down for any home.

The reason? Mortgage repayments can be well over double what people expect them to be, so you should do anything you can to cut them down to size. Now, it is possible to use a mortgage broker to find some of the best rates on the market and make sure that you don’t get stuck with a company overcharging you on repayments. Ultimately though, it’s all about making sure that you actually know what you’re going to need to pay. Also, if the mortgage isn’t fixed, it can fluctuate massively over the years, and that’s where people run into trouble.

So, make sure that you know what you’ll need to pay in the long term and always look to the worst-case scenario. These days, lenders often have calculators and tools that you can use to make sure you know exactly what you’ll be expected to pay.

What if you already have bought a home and now the mortgage rate has changed on you? Good question. There are steps you can take here to correct the situation. We suggest that you start by speaking to your lending company. They may be able to offer you a better, typically temporary deal so that you can stay on top of the costs.

Be warned, though, this usually means a longer period of repayments at a higher level of interest rates. So essentially, you shouldn’t expect them to help you with anything. You can also think about remortgaging to make things cheaper and more affordable for you. But again, this isn’t always as beneficial as it seems, largely depending on the companies you’re using.

Are You Better Off Renting?

It’s possible, as some financial experts will argue, that you shouldn’t be buying at all for the two reasons we discussed above as well as others. However, and there’s no way around this, renting is and always will be dead money.

Regardless of how difficult buying maybe, when you buy, you’re putting money down towards something that you will one day own. Renting doesn’t give you anything back, and people who say renting is cheaper aren’t looking at the big picture. Renting is cheaper if you stay in one place. But people hardly ever do. Instead, they move around, switching from different properties and indeed locations. Why is this an issue?

When you rent property, you have to pay agency fees, and these can be extortionate. Indeed, agency fees can cost as much as your first month’s rent and then some. But, add up all the times you’ve needed to pay those costs, and you may find you had enough money for a deposit after all.

The only reason you’re better off renting is if you literally can’t afford to buy a home. But, as agencies have suggested in the past, you may need to reevaluate this stance and determine whether it’s actually the truth. If you’re honest with yourself, it’s possible that you would be able to afford to buy if you saved more. It would be best if you had something like a total of fifty thousand in annual income to buy a home worth a little more than 200K. That might seem like a lot, but in the grand scheme, it really isn’t. Particularly if you’re in a partnership and you both have an average paying job.

Ultimately then, if you’re not single and you’re both working, you should be buying property.

Do You Have Representation?

You may not realise this, but when you enter the housing market hoping to buy, you are immediately at a disadvantage. The reason for this is simple. Sellers always have representation. That representation may vary in quality, but they always have someone in their corner fighting for them. You may not, and this is a mistake.

That’s why if you are a first-time buyer, you should get representation and the same level of support from an expert. Estate agents offer this kind of support, and you can learn about it online. Basically, you’ll be advised on properties on the market, offers, financial advice and much more.

This isn’t a new idea, but very few people actually take advantage of the full level of support that real estate agents can offer buyers. They can help you a lot and make sure that you don’t fall into some of the traps that first time home buyers often get stuck in. For instance, you might be thinking about investing in an older home. But, as an agent will hopefully advise you, older homes can cost a lot more than they seem after the purchase.

The average cost of getting rid of asbestos commonly used in homes before the 80s is about ten thousand. Do you want to add that to the initial cost of your home purchase? If not, it might be best to choose a new build instead.

Who Shouldn’t Be Buying?

Freelancers definitely shouldn’t be thinking about buying property and will be safer renting. The reason for this should be obvious, but it is worth exploring. If you look online, you’ll see that the average salary for freelancers is around thirty thousand a year. That sounds pretty good, but it’s not when you realize that the market is incredibly competitive, and you’ll constantly be competing for someone willing to go lower than the price you are offering for the same service.

Essentially it becomes like an auction in Monopoly. Services can sell for a lot less than they are worth, driving freelance incomes down. Since freelance incomes are also unstable, it puts you in a difficult position trying to handle the pressure of mortgage repayments.

By learning the answers to these questions, you should know whether or not it is the right time for you to invest in property.

Related Topics:first home buyers questionshousing bubbleinvesting in propertyright time to invest in property
Up Next

Tips To Consider When House-Hunting