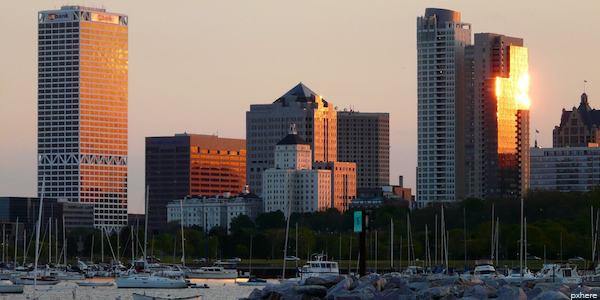 When you think of cities in the USA, most people’s minds go directly to large metropolitan areas like Los Angeles, New York, Chicago and San Francisco. While these are great places, they aren’t exactly affordable to live and millions of people call each of them home.

In addition to that,  there is a lot of demand among the workforce as well. While some like living in the heart of the action, others prefer a more underrated city. With that in mind, this article will take a closer look at a few underrated places to move to in the USA that are not only affordable, but also have a number of other redeeming qualities as well.

While Austin seemingly gets all of the love in Texas, Dallas is a place that deserves your consideration. While it is the third largest city in the state of Texas, it is growing at a smaller rate than the other top 5. This is surprising as Dallas is home to almost everything you could want out of a large city in Texas.

There are a variety of housing options, such as Dallas TX lofts, as well as good weather and a relatively affordable cost of living compared to other cities and states. Also, the economy is booming due to many Fortune 500 companies calling Dallas home. In addition to that, the art district and restaurants are impressive, so Dallas has a little something for everyone.

If you have ever been to Denver, you know just how cool of a place it is. There is simply so much to do and see within the city. If you love beer, the Coors brewery is nearby, as are dozens of other micro-breweries. If you are a sports fan, there are a variety of great teams to support and venues to see. Restaurants, culture and music round out the amazing things that Denver has to offer.

In addition to that, it features a flourishing job market as well as a hilly and mountainous terrain only a short drive away. Migration in the area has also slowed fairly recently, so there is no better time to move and set up your roots at the foot of the Rocky Mountains. It also doesn’t hurt that it gets among the most sunlight of any city in the country.

While it is only a stone’s throw away from Chicago, Milwaukee might actually be a better place to set up shop and live. First and foremost, we have to touch on just how affordable the city is. You can get a beautiful home in a safe and nice neighborhood for a fraction of the cost of what a similar home would go in most places.

However, there is more to this great city than just how affordable it is. They have delicious food and drink, a relaxed and laid-back culture and so much to do. It doesn’t get a lot of attention, but it most certainly should, especially as it is becoming more sophisticated and cosmopolitan over time and is slowly becoming a more desirable place to live.

Now this one might seem a little “off the board” to some people, but it truly is (and has been for a while) one of the most underrated places in the USA. It has a decently modest population, but still has a lot of the ammentinites that a much bigger city has such as great dining, museums, music venues, colleges and more.

The job market is solid, it is less expensive than many cities nearby and it is just a gorgeous place to live. Lots of trees, parks and a couple of rivers as well, and it features more bridges than anywhere else in the world. These all make the city a very walkable place, which is something a lot of people look for. If you love sports, Pittsburgh is known for their loyal and fierce fan bases as well.

Related Topics:affordable real estate usawhere to live in USA
Up Next

What to Know Before Moving to Las Vegas, Nevada

The 5 Best Places to Live in Florida