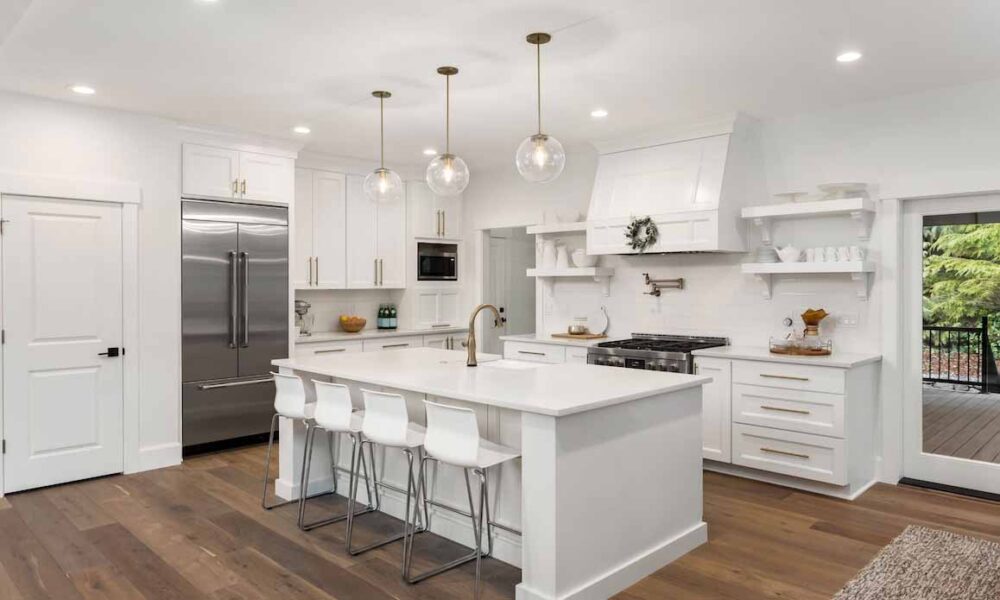 Home improvement experts often tout the benefits of remodeling from a financial point of view, one of which is the return on investment (ROI). For example,

Remodeling magazine’s latest Cost vs. Value Report reports that a major kitchen makeover can recoup over 50% of the project cost. Then again, most people know that the kitchen is one of the most expensive parts of a house to remodel. Market data from Angi indicates that the US average for a midrange kitchen remodel is between USD$14,000 and USD$40,000. Upscale remodels can reach upwards of six figures, while low-end ones can be as low as four.

Luckily, a kitchen makeover doesn’t have to cost a fortune to be the envy of all other kitchens. Remodeling on a tight budget can generate an ROI of as much as 70%, perhaps even higher if you play your cards right. Consider this comprehensive guide on giving your kitchen a much-needed or deserved facelift this year.

This step may seem contradictory, as getting a contractor also means paying for aspects you won’t find in doing the project yourself, such as labor. In fact, you may have come across a recent TikTok video of a DIY remodel that only cost her USD$3,500.

As inspiring as this low-cost remodel may seem, the video shows that the remodeler knew what she was doing. The result suggests that she had a plan and realized it while minding her safety. Believe it or not, cuts and fractures aren’t uncommon in home improvement projects, with tens of thousands visiting the ER for treatment annually.

That doesn’t even include the risk of mistakes during remodeling, from incorrect materials to the discovery of previously unknown plumbing. These mistakes can quickly add up and surpass the cost of letting a general contractor work on the project. A DIY may still be viable for small-scale remodels, but a total makeover warrants a professional’s help. 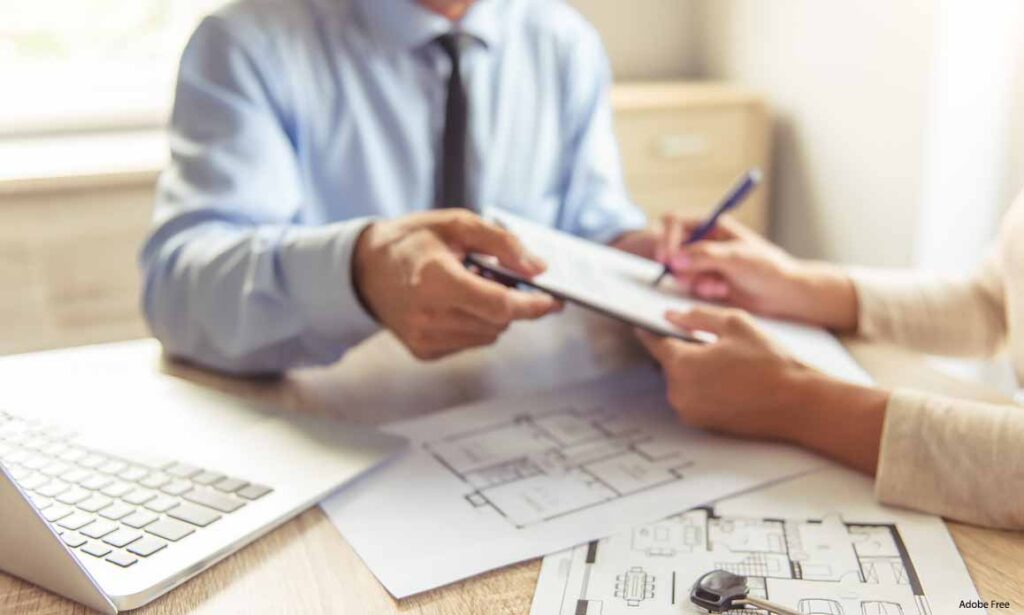 The Angi report also states that cabinet work accounts for over 40% of the total kitchen remodel cost. To put that into perspective, that’s more than the combined costs of the next three that come after it: flooring, countertops, and appliances.

A tight budget might not allow for brand-new cabinets, but it can still accommodate refreshing existing ones. Want cabinets inspired by a Hampton style kitchen?

Strip the old paintwork off the cabinets and splash them with white. Consider swapping out the handles with classic designs.

Refacing is another cost-effective way to breathe new life into a kitchen’s existing cabinetry. It involves removing the doors and drawers and refinishing them with natural veneer or melamine-based rigid thermofoil, among other things. Refacing is too difficult to do DIY, as it requires a general contractor’s tools and expertise (unless the DIY-er works in the trade).

You’ve probably read or heard of the kitchen work triangle, which some home improvement experts stand by to this day. This rule, first conceived decades ago, states that the three main work areas in a kitchen—the fridge, the sink, and the stove—should be arranged in a triangle to allow for seamless movement among the areas.

However, long-term changes in how families use the kitchen have made the triangle more like a recommendation than a rule. Some experts don’t even suggest it, emphasizing thinking outside the box more and that “rules are made to be broken.”

If it isn’t broken, don’t fix it; keep the kitchen layout as is if it doesn’t trouble you. Without a need to demolish and rebuild, it’s an excellent way to keep remodeling costs on the low end. It also works if floor space restricts you from getting a bigger kitchen.

Stick to the original plan

Magazines, blogs, and TV shows are undoubtedly great sources of inspiration for your kitchen remodel. There’s something about looking at other households’ beautiful kitchens and feeling confident that your kitchen can pull off a similar look.

If you’re still in the planning phase, you have all the time to consider such a possibility. But if you’re halfway through the remodel, adding extras at this point is a surefire way to blow your budget. The industry has a term for expanding a remodel beyond its original scope, called the “kitchen sink syndrome.”

Experts say you’re better off setting aside cash for unexpected costs, such as finding out that part of the kitchen wall is asbestos. A PBS report in 2019 estimated that as many as 30 million homes in the US still have asbestos, which can become a severe health risk as it degrades over time. It pays to spend for its immediate removal.

Kitchen remodeling is indeed expensive but generates more ROI than most remodeling projects. On that note, nothing maximizes ROI more than planning a budget-friendly remodel and sticking to it until it’s done. Creative freedom is nothing to fear as long as the budget can handle it.

Choosing The Best Contractor For Your Home Remodelling Project