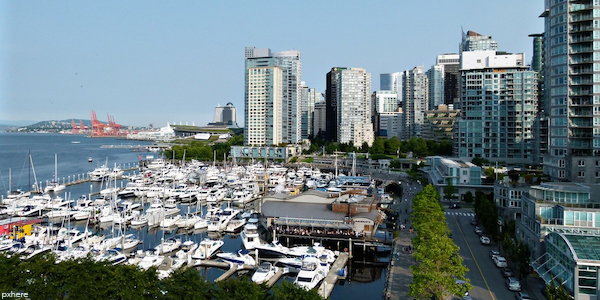 Whether you are speculating or investing in real estate in Vancouver, your primary question will always be: “Is it good to buy properties in Vancouver at present?”. Well, many realty experts at this point would readily concur that the real estate market in Vancouver is all messed up at present. Reasons abound as to why this is happening, but some of these reasons include the influx of many foreign buyers, ineffective regulation, and reemergence of shadow flipping practices. Let’s have a look at these in more detail:

At present, it is hard to say whether foreign money is directly having a positive or negative impact on the real estate market in the Canadian city of Vancouver. However what we do know is the abundance of foreign buyers has driven property values upwards more than is considered the norm.

Driven by a high immigration rate and a growing number of investors — especially offshore investors — the prices of real estate in Vancouver is considered crazy by homebuyers struggling to get a look in.

Many of the new property owners in Vancouver are mostly circulatory migrants, in other words they’re foreigners who work offshore but have real estate in city. One expert says that this causes a trickle-down effect that usually happens when wealthy immigrants inadvertently push the housing prices up when they pay overinflated prices for property.

Mainland China accounts for a lot of the investment over the last few decades in Vancouver. This may be considered good or bad in the long run, that depends on your standpoint. If you’re a homeowner your property is worth more. If you’re trying to get onto the property ladder you’re burdened with more debt when you succeed due to higher property prices.

Based on statistics, the fines meted out for those real estate agents who were caught were measly when compared to the huge commissions they received from unscrupulous transactions. These fines, therefore, instead of discouraging unethical actions, seem to further abet shady real estate transactions. In the presence of ineffective regulations, therefore, unethical transactions will surely flourish in B.C.

The Reemergence of Shadow Flipping

There are many investors who buy real estate in Vancouver with the view in mind of selling it quickly — they immediately sell their recently-purchased properties at a much higher price a week after buying them. This practice is called shadow flipping.

In Vancouver, it is common for newly-built condo units to change ownership even before they are ready for complete occupation. Although this act is legal under the assignment sale provision, this practice, however, encourages unethical transactions. Hence, it is not unusual in B.C. to learn that a condo unit — that a person had just recently sold — was again sold for a million dollars more than the price at which the original seller sold it.

The aforementioned, are just some of the reasons why the real estate market in Vancouver is a rule unto itself. If you are speculating or renovating to sell, I guess you would surely see great opportunities in a market like this to make more money in real estate.

Buy properties that other homebuyers don’t want due to their undesirable state usually due to bad tenants or homeowners not managing their upkeep and then give them a makeover.

Sometimes this just mean having them cleaned by a cleaning company in Vancouver, used to filth and grime and afterwards you can sell them to prospective buyers in a ready to move in state.

There is also the not so legitimate shadow flip strategy too, under the guise of assignment sale provision, and until the Real Estate Council of British Columbia (RECBC) enacts some measures as deterrents to these unethical practices, the real estate market of Vancouver will remain in a state of unpredictability.

How To Handle an Inherited Property