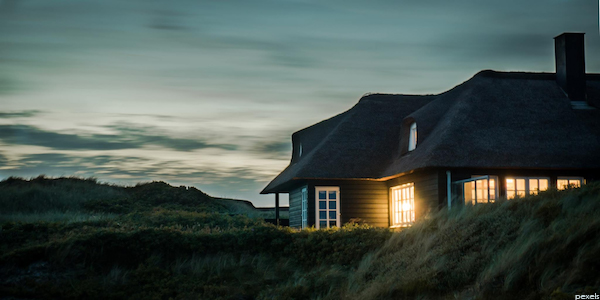 The UK is a hotbed for property development at the moment, and it’s believed that the value of all British commercial property stretches into the hundreds of billions of pounds.

For those who are interested in how the sector is developing, there’s a lot to be thinking about. From beautiful new homes to transport and infrastructure considerations, UK property development really is a diverse and interesting area.

In this post, we’ll take a look at some of the top UK property development schemes currently on the go.

The development at St Andrew’s Church in the Devon settlement of Colyton is striking and interesting. Not only does it combine the best of the area’s local community history with an innovative and modern aesthetic, it is also a great use for a crucial local hub.

The site has played a major role in community life ever since the 12th century, which means that developers have a real task on their hands when it comes to modernising the area and also preserving a slice of Devon’s history. But by centring the development around the old town hall, the development successfully captures the essence of the local heritage.

It’s due to be completed in October 2018 and will feature three stunning new properties when completed.

Playing a role in improving the country’s housing stock is essential for any developer, and when it comes to the Burton Latimer development in Northamptonshire, that’s certainly the case.

For this development, the developers really had their eye on the needs of future residents. The scheme provides a chance to live in a smaller, rural-feel town while also offering access to important elements of the local and national transport network. The development is less than two miles away from the A14, which can not only take residents to the major settlements of East Anglia, but can also help them easily access the M6 and the M1 to get to London, Birmingham and the north of England.

By thinking sensitively about transport and location concerns, the developers have ensured that the houses built at Burton Latimer will be snapped up right away.

A particularly striking recent housing development came in the form of the Marconi House area in the historic cathedral city of St Albans.

Built with modern living in mind, this development was designed primarily for those who were either commuting into London or who were searching for a living spot near the many major towns of Hertfordshire. Appealing primarily to those who wanted an elegant and futuristic way of living, these developments benefited both from proximity to St Albans and strong, resolute construction of the buildings.

Properties were designed and built with the essence of family living in mind. From the open plan nature of many of the kitchen and dining areas, to the terraces which were built into many of the properties, there are many distinct advantages to living in a property like this in such a sought after area.

And with ten-year insurance policies centred around the NHBC (National House Building Council) warranty system, it’s clear that the needs of residents were placed front and centre when it came to the offer that the developers made to buyers.

Those who are looking for riverside living will find exactly what they need in the new riverside development at Otterford. Nestled in the middle of the gorgeous Blackdown Hills, these six new properties are perfect for people who want a touch of chic class while also retaining that rural living vibe.

And with a completion date of summer 2018, the prospect of moving in isn’t too far away for interested residents and buyers.

How To Prolong The Life Of Your HVAC System

Property Owners Love Their AC And Here’s Why