Are you thinking about investing in a luxury apartment? There is a lot on offer, particularly in the highly sought after locations like London, New York, LA, or more exotic locales like Dubai or our favourite; Monaco.

However, not all the sought-after areas are downtown in the hustle and bustle. COVID-19 and the lockdowns have changed the requirements of the property owners of high-end city condos and townhouses.

Located near outdoor exercise amenities, for example, parks, walking and running tracks, is now a must, not just a nice to have requirement.

Here are some of the most incredible, luxury apartments across the world!

Monaco is home to the Grand Prix and those who lavish in luxury. It’s not surprising then to discover there’s an apartment here worth $335 million!

It’s the penthouse of La Tour Odeon. A tower which provides beautiful views of the city and offers two swimming pools connected by waterslide! If you invested in this beauty, you would have 31,000 square feet to style how you wanted and five separate floors!

You might wonder whether there’s anyone in the world who would purchase this apartment. Well, in 2016, owners claimed they had been taking serious offers, but since then, there’s been no word. So, if you have a cool third of a billion, it might still be available.

There are ATMs in Dubai that dispense solid gold. So, you would think that this city has something to offer in terms of luxury housing, and you’d be right.

Eight bedrooms, 40,000 square feet of space, servants quarters and your private cinema. That’s what you’ll get if you have $75 million to spend on a penthouse here. You will also have a stunning view of the ocean. The main selling point for this property is that you can get everything you need without ever leaving home.

New York is well known for its luxurious living possibilities. Central Park is particularly favoured in the celebrity communities, and many of the rich and famous have owned property near or next to the prime location. 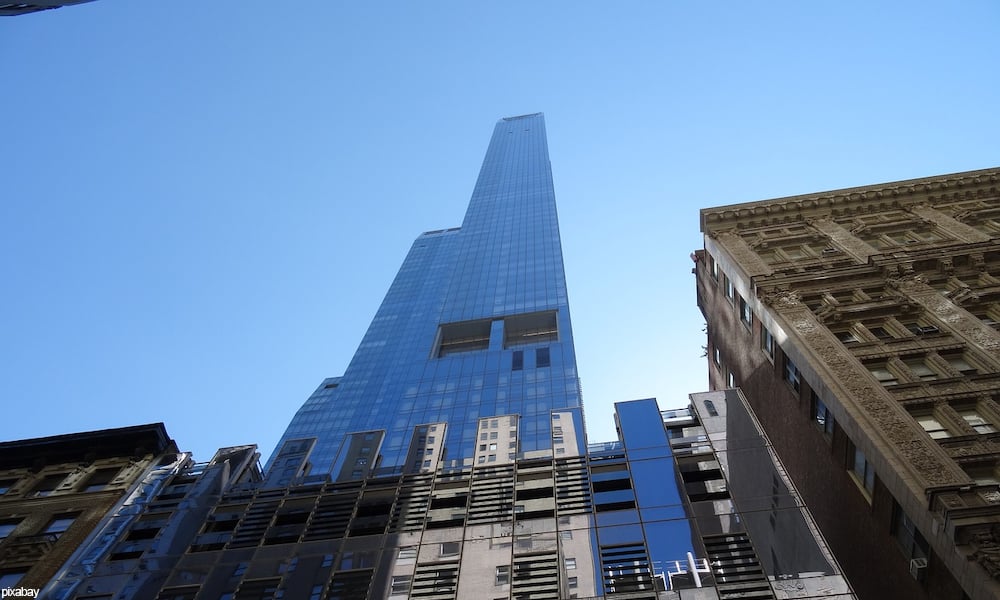 There’s even an apartment worth $250 million. The condo has sixteen bedrooms and seventeen bathrooms. It also provides a beautiful view of the park itself and multiple balconies to enjoy the fresh air. You’re high above the city here, and it easily beats the $100.5 million Penthouse at One57. There are other similar properties in the same block as well. These are available for approximately $100 million each.

You might be interested in investing in a home in the UK. If so, you’re in luck. There’s a great apartment in grand old London. London has become very popular with real estate developers and investors as of late. It will be interesting to see whether this trend continues after Brexit. For now, there’s a luxury apartment worth $195 million that provides incredible views of Buckingham Palace. From your apartment’s windows, you can see the changing of the guards.

It’s worth noting that a potential buyer for this home doesn’t have to use the whole property as a personal investment. Instead, it can be separated into four smaller apartments. This action could potentially bring an even higher ROI.

This wasn’t the only property in London that fetches an incredible price. There was a Penthouse at One Hyde Park. This is another prime location, and an Eastern European Billionaire purchased it. It sold for a startling $237 million. The amazing fact about this purchase is that it was sold empty and stripped down.

Have you ever wanted to live inside a hotel? Of course, you do! There’s nothing better than being in a place with people to cater to your every wish. Particularly when it’s a luxury hotel with impeccable taste. Well, with the Four Seasons private residences, this lap of luxury is what you get. You can own a penthouse where you’ll be able to stay permanently.

This comes with a 9000 square foot garden and a swimming pool. They’re both on the roof, so you won’t have to worry about heading downstairs to get some fresh air.

Typical with real estate, it’s the location that seals the deal here. As well as spectacular views of the city, you’ll only be an hour drive away from some of the best beaches in California. This one is only $50 million and is available now.

As you can see then, there are a variety of incredible luxury apartments around the world. While The International is undoubtedly impressive, it doesn’t come close to the real mammoths available for purchase in this industry.

Maybe you can not quite afford the high end, but you’ve got a few extra dollars, and what to upgrade your apartment, so it’s more luxurious – see this makeover.

Sit Back In time: 7 Tips For Decorating Your Home With Vintage Style Furniture