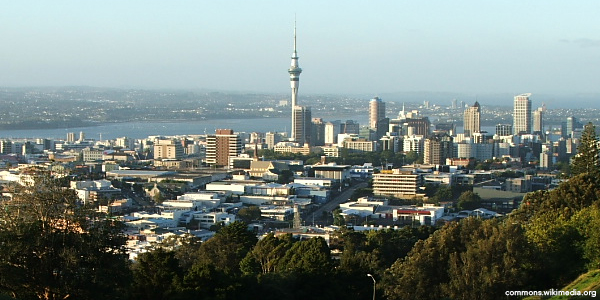 The beginning of 2018 brought record numbers of tourists to New Zealand shores.

Plus, as commercial accommodation construction peaks, particularly in Auckland City, and other tourist hot spots, we’ve found ourselves in the midst of an industry boom. It’s therefore no surprise that many media outlets are keenly reporting on the lack of available accommodation in the city. Higher demand than usual has many wondering how Auckland’s going to cope in the peak summer months with it’s public events notably at year end and into the new year.

The accommodation industry and most notably short term stays is surely now considered one of the strongest markets for investment and a popular point of conversation amongst property owners.

New digital platforms such as Airbnb, Booking.com, Bookabach and others, provide accessible ways of tapping into this lucrative medium. While these are relatively young forms of property investment, it’s crucial to understand where the confidence in the industry comes from – how are investors to know whether their efforts will be worth it?

What does where the industry is at now tell us about where we will be in the near future?

Current Situation and Near Future

With the current situation, it’s clear this rapid growth isn’t showing signs of slowing soon. The factors contributing to the rising rates of tourism and the popularity of short-term rentals are stable, enduring and only likely to increase in the coming years.

As we enter peak-season, we can expect to experience some of our highest rates ever, another key sign of things to come.

Occupancy Rates at an All-Time High

New Zealand accommodation providers hosted a record number of guest in the year to the end of February, reinforcing suggestions the sector could do with more capacity.

These words from NZ Herald back in April marked the end of an extremely successful period for New Zealand’s accommodation industry. While occupancy levels run high throughout the year, periodic demand has resulted in shortages during peak season and special events.

36.9 million guest nights were reported from February 2017 – February 2018, an increase of 2.8% and the highest year on record. These rates indicate a massive spike in tourism (both international and domestic) throughout the entire country and of course, our largest city.

While areas like Auckland are currently experiencing heavy commercial development, it has been forecast that this will not be enough to keep up with the rapid growth experienced in the tourism sector.

Expectations for short-term accommodation providers on platforms, like Airbnb, to handle these numbers is present. With these private entities now expected to pay a room tax on their earnings, it’s clear that New Zealand now sees them as an integral part of the industry.

With a particular focus on impending international events in the near future, Auckland is facing a substantial room shortage in the years to come.

In a July 2018 Colliers International report, it was said that:

…a recent New Zealand Trade and Enterprise study found Auckland will require up to 4,000 new rooms by 2025 just to keep up with current demand.

This, in combination with construction efforts, impending large-scale events and other coverage indicate towards a massive demand for short-term accommodation facilities throughout this growing city.

The spike in occupancy rates and the hotel shortage paint a positive picture for the current state of the short-term accommodation industry.

Those looking to take advantage of the huge demand for short-term accommodation should consider whether property investment for the purpose of Airbnb or a similar platform is appropriate for their situation.

New Zealand is the planned backdrop for a number of massive international events in the next few years. These include; the America’s Cup, the opening of the NZICC and APEC in 2021, all expected to draw tens to hundreds of thousands of guests in their lead up.

With a diverse range of tourists expected, these are big numbers to stack on top of an already surging tourism rate.

In the same July article, Colliers International mentioned the fact that Auckland City has only had an increase of 526 rooms in the years since 2013 despite the massive reported growth.

Stefan Nikolic, Director of Auckland Airbnb Management company Zodiak believes that as we draw closer to these international events and with cultural changes and the growing popularity of Airbnb-like services, we can expect hosts on these platforms to see a sharp rise in booking rates, a phenomena which he says is already occurring.

While the future is never certain, all current trends point to a prosperous next few years for all sectors affected by tourism rates.

With a range of factors working together to draw record-numbers of people to New Zealand, it’s a highly profitable time to own an investment property. Tourism is now a leading player in New Zealand’s economic development.

The current state of the short-term accommodation sector is extremely strong with a very positive outlook for the near future.

Career Guide: 10 Skills You Need to Be a Property Manager