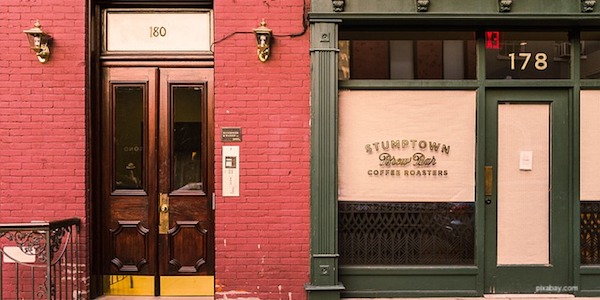 Building code officials are supposed to review construction plans and inspect your facility several times to stay on top of all federal, state, and local requirements. Despite this, some things slip through the cracks.

It’s won’t always be obvious when you’re non-compliant. Sometimes you won’t know until someone tells you, and if that person is a building inspector, you’ll have to make fast changes.

If you’ve recently discovered your building has a compliance issue, here’s what you can do to fix it:

1. Verify that the compliance issue applies to you

If you read an article that says your business is in violation of a local, state, or federal regulation, verify it through an authoritative source before acting. As laws and regulations change, they’re often interpreted and used as the basis for editorial style articles published online. Researching legal matters on the internet comes with a significant risk. Anyone can publish anything, and they might not be aware of inaccuracies. Subjective policy interpretations are sometimes presented as fact even by reputable sources.

When your business is on the line, you can’t afford to take a chance on believing someone else’s interpretation. Get a second opinion on everything you read online, and everything you’re told by a non-government official – even your original building designer. If a government inspector says you’re non-compliant, but your building designer says you should be fine, don’t ignore the discrepancy.

2. When in doubt, do what federal inspectors say

Many regulations apply solely based on measurements, and not everyone will take measurements in the same way. For example, the IECC energy codes require a vestibule for primary entrance doors leading to spaces 3,000 square feet or greater. If you didn’t build a vestibule, but a government inspector says you need one, you’ll have to proceed according to the government’s standards or risk fines and potential lawsuits from patrons.

Not having a vestibule is a common issue for businesses, and if you’re told you need one, you don’t have to spend money remodeling. You can meet the government’s requirements with a custom, collapsible vestibule that fits to the outside of your building.

Before scheduling any construction or remodeling dates, contact your lawyer to discuss the matter. If you don’t have a lawyer, find one. Most attorneys offer free consultations, and it will take less than twenty minutes of your time. Even if you need to pay a lawyer for an hour of their time to get the straight scoop, it’s worth the peace of mind.

3. Consider the source of the claim

Did a customer tell you your building is non-compliant? Sometimes customers are correct, but not always. For example, a customer might wrongly point out what they perceive to be a violation. This is common when people move to another state. They sometimes mistake their former state’s laws for federal law. However, if a customer says your service counters are inaccessible to patrons in a wheelchair, that’s probably a violation under the Americans with Disabilities Act.

The Department of Justice provides guidance for accessible design under a document titled ADA Standards for Accessible Design, but there is no ADA accessibility inspector. The ADA is a civil rights law, not a building code. It’s up to you as a business owner to make sure your building complies with ADA regulations. In fact, some counties won’t approve any remodeling permits unless the business already meets ADA standards, or simultaneously remodels to meet those standards.

4. Hire only a licensed professional to remedy the violation

If you find your business is in violation of a code, hire a licensed professional to take care of the problem. Allowing an unlicensed contractor to perform the work can result in more fines, especially if the work is electrical. A DIYer may unintentionally violate other building codes in the process of attempting to remedy the original violation. You’re also putting yourself and your guests at risk by hiring unlicensed contractors to perform work.

5. Get all required permits

Permits are required for most remodeling projects, and ensure your project complies with the latest energy and water conservation regulations. In the long run, not getting a permit could jeopardize your ability to sell your business. Even if you do sell your business, the new owners can usually hold you financially responsible if they have to tear down a botched remodel job and redo it to become compliant.

If you suspect a violation, contact a reputable source to verify your suspicions before you act, and remember to play by the rules.

How to Recover from a Fire in your Home

How to Find the Best Removal Company for Your House Move