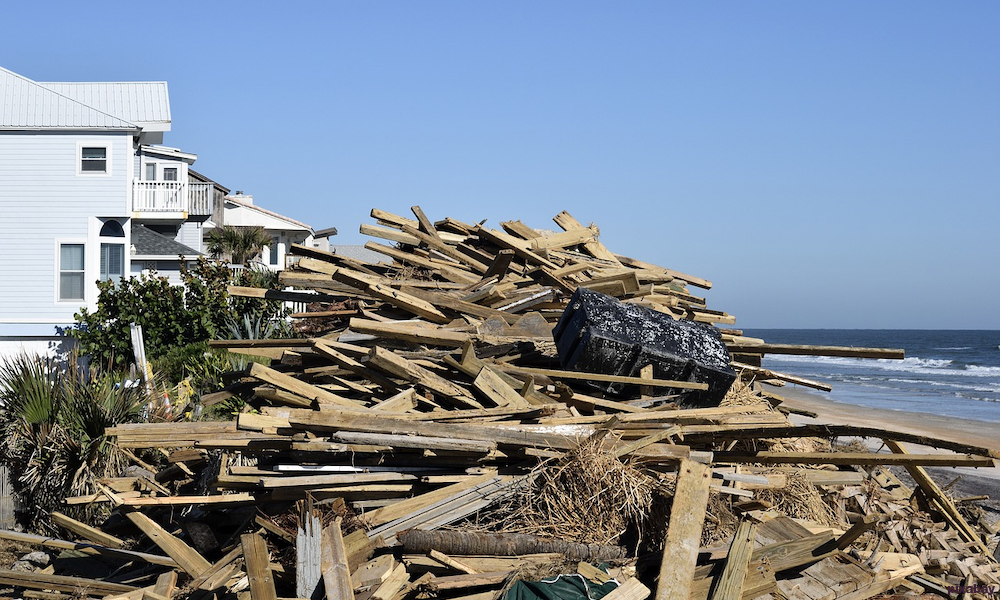 No one ever tells you about the month’s of clean up after a renovation or home build.

Homeowners are left with an immeasurable amount of rubbish, including glass, screws, nails, and building materials, to leftover food waste and drink containers. It seems that however long it takes to construct the home or complete the renovation, it takes as long to clean up.

Plus it’s not just the homeowners left with the mess, it’s also their neighbours, as New Zealand news site Stuff reports.

As we like to compare ourselves with Australia, homeowners also put up with a lot more than our British counterparts. Here is an Australian homeowner’s nightmare experience with a building firm, so we’re not alone, and while we put up with the ‘rough and ready’ inconsiderateness of builders and their subcontractors, the grass is a lot greener on the other side the globe.

UK Builders Do It Better

UK builders really do construction in residential areas better than our own. In New Zealand, homeowners believe they have to put up with bad language, loud music, and a ‘bomb site’ for a garden for months on end, whereas builders in the UK are far more considerate.

Stuff reports, in the UK, there is the Considerate Construction Scheme (CCS). A building site is the ‘face’ of the business, and homeowners see its condition; therefore, it’s fair to say it will impact its reputation and homeowners perception of the industry. Thus the CCS, a the construction industry created not-for-profit independent organisation in 1997 to improve builders’ professionalism and on-site etiquette, and it’s working, with over 100,000 construction sites operating within its guidelines and the reputation of the industry on the way up.

The code of the CCS requires construction sites to:

Back in New Zealand, the ‘she’ll be right’ and ‘anything goes’ attitude of builders on site is unacceptable, and it’s like stepping back in time, maybe as far as the 1970s. Yes, we’re in the 21st century, but in many ways, in some industries, you wouldn’t know it, with male chauvinism still ruling the business in every way.

According to the Stuff article, a female construction worker said the topless female calendar is still a thing at her place of work. Really? New Zealand was the first country to give women the vote yet clearly there’s a lot of work to do, and it’s more than a gentle reminder to homeowners experiencing the trials and tribulations of building.

As homeowners who recently got our home rebuilt, we can confirm we had a similar experience, dealing with builders, subcontractors and tradespeople, including their use of bad language when in earshot of neighbours. Plus, we also had a mountain of rubbish to deal with after the build, which was soul-destroying.

However, what annoyed us the most was, the house itself also needed a major clean up. Brand new windows, doors looked like they had years of grime and dirt on them, and there was no attempt by the supplier nor the builder to clean them. Plus, inside the home, the new flooring also had paint splashes, dirt, plaster dust, you name it, it was there, and so every surface needed a top-down clean, which we had to do.

I guess it was unreasonable for us to expect to receive a clean product after spending hundreds of thousands of dollars on it!

I asked the builder: when you buy a brand new ute or car, do you expect it to be clean? Of course, was his answer. Ignorance is bliss until it isn’t.

Homeowners brave enough to push ahead with their refurb are stuck between a rock and a hard place. Do they vacate the premises and live elsewhere during the build to avoid the chaos and deal with the mountains of waste to remove at the end of the project, or do they try and brave it out by living on-site and moaning workers to behave and clean up afterwards?

We chose the first option, preferring to live off-site. Our neighbours were thankfully very understanding even when they couldn’t get out of their driveways due to our workers blocking access.

Our neighbours rubbish bins were often left full too, as their collection providers said they couldn’t gain access to them due to our workers’ vans.

Our rubbish bin, which we left at home instead of taking it to our temporary accommodation, was often used by the builders. They would see it as a convenience to move materials, and, even if we filled it for rubbish collection, they’d tip our rubbish out and carry on as usual as if it was theirs to do whatever they liked with it. We mentioned this oddity often, and we requested they don’t use it anymore, well one day, it went missing altogether, and that was the end of that.

Needless to say, we learnt to pick our battles as inevitably you’re going to get whatever they give you. Like many homeowners brave enough to go through the building process, we had no choice but to be complicit in their bad behaviour, just to get a well-built home.

Common decency should be a right extended to homeowners and their neighbours by all builders and their subcontractors. The word has gotten out, and it’s working in the UK with building firms willingly signing onto the Considerate Construction Scheme. When will our building sector wake up and instigate a similar code of conduct!