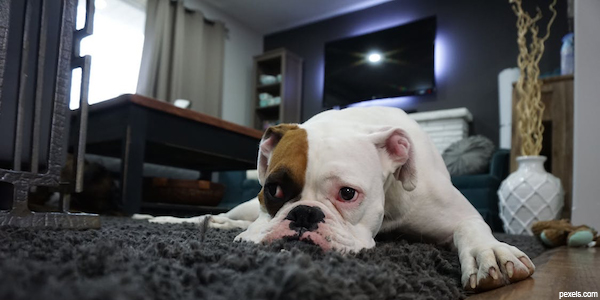 What is adverse possession? Essentially, it’s when someone takes over a property without permission from the owner. Eventually, this can lead to them taking ownership of the property for themselves and claiming the legal right to the land. Legally this is possible, but it’s not quite as simple as moving into a home that has been empty. There are quite a few laws that need to be followed. And, even if an individual does manage to move into a property, they need to stay there twelve years to even apply for legal rights to the land. If the property is owned by the government, it can even be longer than this.

However, adverse possession could still be a problem for homeowners. For instance, you might decide to move to another country and set up a life there while still keeping your previous home. If the house is empty, it is possible that someone could move in, squat and eventually make a legal claim for ownership. It’s also, theoretically possible for this to happen while you’re away on holiday while the house is empty. Why then, do homeowners not worry more when they leave their properties empty? It’s all to do with the laws and legal regulations in place here.

Does This Mean Squatting Is Legal?

If you’re worried you’ll come home one day to find other people living in your house, don’t be. Squatting is against the law, and since 2012 it has been punished with fines as well as prison sentences. So, anyone who thinks that they can gain ownership of land simply by taking over someone else’s home is playing a very dangerous game. There are laws in place to protect the rights of homeowners, and despite myths surrounding squatting, the police will aid in evictions.

There have been cases where squatting has occurred, and adverse possession has been a key factor. For instance, if a home has been abandoned then it is possible for a squatter to move in. Since there is no known owner for the property, it’s possible for the squatter to live there for over ten years. But, even then they could still be arrested for squatting.

It’s far more likely that adverse possession will come into legal proceedings over land that isn’t a full house. For instance, there have been cases where adverse possession has been used to claim ownership of land that people mistakenly believed was theirs. In cases like this, the person arguing for rights to the land has to provide evidence that a) they weren’t challenged previously and b) they acted as though the land was theirs. For instance, they might have been looking after the property, planting flowers or keeping it well maintained. This would improve their chances of gaining ownership of the property.

How Common Is Adverse Possession?

Aside from the laws against squatters, there’s a reason why people don’t have to worry each time they leave their home. Cases of squatting and claims of adverse possession on private property are quite rare, particularly in Britain. It’s quite uncommon for new stories to crop up where a family of four has taken over a holiday home that had been neglected through the winter. That’s not to say it hasn’t happened in the past but cases like this are often dealt with quite quickly. It’s a lot easier when the previous owner clearly still has the rights to the land.

Protecting Yourself From Adverse Possession

If you are worried about adverse protection, there are a few things you can do to protect yourself. First, make sure that you have a sign somewhere on your property that says no trespassing. This ensures a squatter can’t claim they were unaware the property was under ownership. Second, make sure that the property is properly secured. While it is still trespassing leaving the front door wide open or just unlocked, is asking for trouble. It’s possible that you’re worried about a piece of land by your home that you legally own being claimed. If you think anyone is starting to use the land, send them a letter informing them that it belongs to you and that you are granting them permission to use it. Make sure you get proof of postage, and this gives you legal evidence that this is your property and anyone attempting to claim adverse possession was made aware.

The legal requirements of selling a property you have inherited