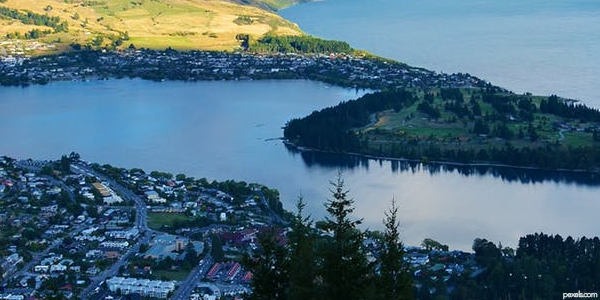 The Reserve Bank of New Zealand has just released a consultation paper on  debt to income (DTI) ratios and invites public submissions by 18 August 2017. It’s the next macroprudential policy measure under consideration by the RBNZ aimed at managing the housing market.  The first one was the Loan to Value Ratio (LVR) restriction introduced in 2015 and revised (tightened) in 2016.  With the success of that tool focus moved onto other macro-prudential tools such as DTIs.  The release of the RBNZ’s consultation paper in June 2017, is a warning a DTI measure could be available to the RBNZ in some form as soon as 2018 and it’s impact will be far-reaching.  Thousands of home buyers will be adversely affected.

RBNZ say the potential impact of a DTI limit could see annually  11,000 home buyers (2000 owner occupiers and 9000 property investors) unable to buy property. It’s introduction in whatever shape is going to hurt a lot of home owners and purchasers however  if the conversation on the PropertyTalk discussion forums is anything to go by, property investors  are in fact more optimistic about their future purchasing power.

Mortgage debt serviceability and management has been a popular topic in the discussion forums on PropertyTalk for years and many of it’s users have already been operating with DTIs of around 5 or 6. Buying conditions have not suited a lot of investors and they’re cashed-up, ready to work around any new policy measure to buy more rentals and keep on track with their investment goals.   Forty percent of loans are at DTI levels of five or more as noted by the RBNZ on interest.co.nz

Currently the data suggests around 27% of lending is above TDTI six and around a further 13% is between TDTI five and six.

A rule that limited new lending to borrowers with total debt to income ratios above five, to no more than 20% of new lending, would thus significantly reduce the amount of high TDTI lending that was possible.

Other countries use DTIs including Australia, and the UK.  Recently the Telegraph  reported the UK had reached a record high loan to income ratio of 4.5.  More than a few NZ homeowners reading that article must have been thinking ‘if only my DTI was that low’.

The DTI measure is arguably just around the corner for New Zealand.  In it’s favour the RBNZ say:

DTI limit would reduce credit growth during the upswing and reduce the risk of a significant rise in mortgage defaults during a subsequent severe economic downturn. A DTI limit could also reduce the severity of the decline in house prices and economic growth in that severe downturn (since fewer households would be forced to sharply constrain their consumption or sell their house, even if they avoided actual default). The strongest evidence that these channels could materially worsen an economic downturn tends to come from countries that have experienced a housing crisis in recent history (including the UK and Ireland).

There going to be a period of adjustment when the DTI limit is applied. Prospective home buyers  will be in for a surprise when they apply for their home loan. Property investors however are a resilient lot, used to coping with surprises none more fresh in their minds than the 2016 revision of the LVR restriction to 60 % .  But ‘where there’s a will there’s a way’ and investors keen to growing their portfolios will be hunting down strategies to make it work,  like new builds, which may end up exempt from a DTI limit measure.  There may also be some offloading of properties, while  values are still rising.  Plus right now there will  be innovative professional services firms hard at work looking for potential loop holes their investor clients can use.

FHA 101: The Basics of the Best Home Loan on the Market

How to get on the property ladder without a big deposit