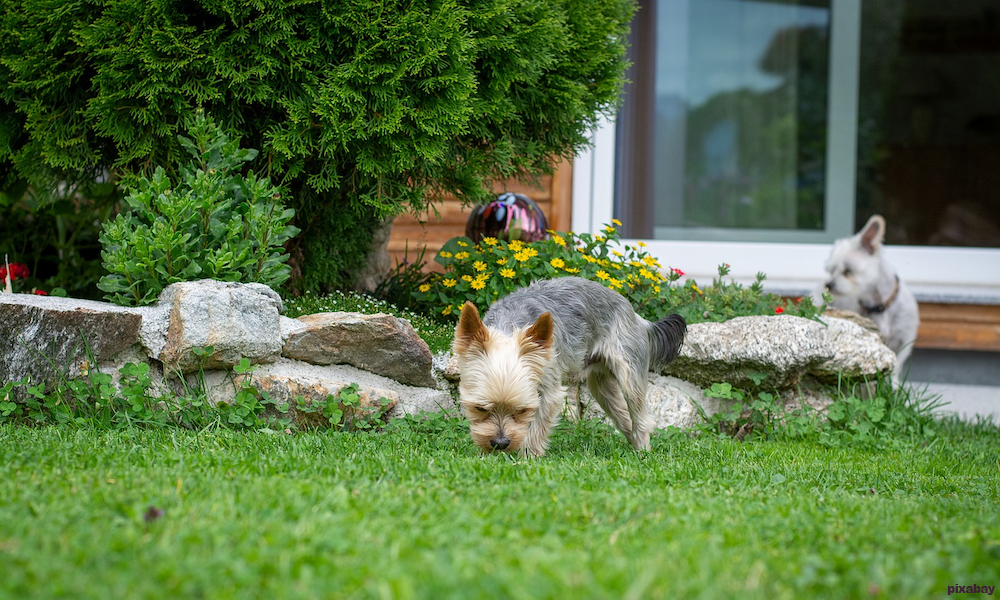 Many pet owners think just any fence will prevent their pet from accidentally escaping, but this isn’t the case. The right kind of fencing will protect your pet from getting out or being harmed by other animals or cars. It also prevents them from becoming a nuisance in the neighborhood.

When putting up pet fencing, what you need is determined by the type of pet you have as well as their habits. If it’s a new pet and you aren’t sure whether or not he’s going to try to escape from your yard, it’s best to go with the highest level of security you can install, just to be safe.

Note that you don’t need to opt for an electric fence to keep your dog carefully contained. There are humane options that don’t sacrifice your home’s curb appeal at the expense of your pet’s wellbeing.

Since the main purpose of your fencing is to keep your pet contained, it’s vital that you choose fencing that is up to the job. For most dogs, a six-foot-high fence is necessary to make sure they can’t jump over or scale it and escape. Chain link, cinder blocks, field fencing, and wood can all keep pets in, as long as the fencing is high enough.

Also, consider how well the fence will contain your pet if they’re a toy breed, a young puppy, or just determined. Field fencing often has holes in it large enough for a small animal to get through, so it might not be the best choice. Solid fencing, or something with small holes, such as chain link, is your best choice for small pets.

Cats and dogs have different needs in terms of fencing. It’s very unlikely that any type of fencing will detain a cat without some extra measures. Special panels along the top can be designed to sag when the cat tries to scale them, or the panels can lean back into the yard at an angle that makes them impossible to climb. Rollers can also be used at the top of the fencing so that your cat can’t climb over, though these may not work in the snow.

Your fencing project should complement the look of your home, not appear to be something that belongs elsewhere. In most neighborhoods, a solid wall, such as one made with cinder blocks or wood, will fit in and add value to your home.

One of the downsides of chain link fencing is that it can diminish a property’s exterior appearance and value. However, if used to line another, less secure fence (such as a picket fence), its aesthetic drawbacks could be overlooked.

Many areas have homeowners’ associations or other ways of addressing what is or is not allowed to be constructed in the neighborhood. It’s a good idea to check those before spending any money on material. Make sure the type of fencing you’ve chosen is acceptable in your area.

If heavy construction involving concrete fencing is prohibited, you can’t go wrong with solid wood or vinyl composite fence. The former will require extensive upkeep, however, whereas the latter could be a little pricey, but will retain a longer lifespan.

Very large dogs may require special fencing to contain them. The fencing needs to be both strong and tall. Panels at the top that are similar to those used to contain cats will usually stop a dog from jumping or climbing over.

If your dog is a digger, your fencing needs to be built to prevent escapes from underneath. All fencing should be flush with the ground. For dogs that may dig under, it’s best to bury the fencing at least four to six inches, so that even if your dog digs, they can’t get out. If it’s not practical to bury the fencing itself, as is the case with wood, you can bury wire fencing instead and attach the above-ground fencing to the buried part so there is no place they can squeeze through.

Not only does perimeter fencing ensure your dog’s safety, but it could also guarantee a higher resale value for your home. Potential homeowners place a lot of stock in fencing for the security of their children and pets, as well as overall privacy. If you can find a fence that succeeds in both curb appeal and pet safety, you’re looking at a return-on-investment upwards of 50 per cent.

Adding a pet fence will provide your home with just the family-friendly appeal it needs when it goes on the market, so long as that pet fence is made of humane, aesthetically pleasing materials.

Related Topics:featuredfence types
Up Next

Transforming A Property Through Colour